I have not laughed so hard watching Grey's Anatomy in a long time.

*I officially like Teddy. Once in awhile, I still think, "Is there something wrong with my computer? Oh no, that's just Kim Raver's super skinny face." But I love the Arizona/Teddy friendship. And during this episode, I found myself thinking, "Alright, Kim Raver... Ya got me. You're alright." 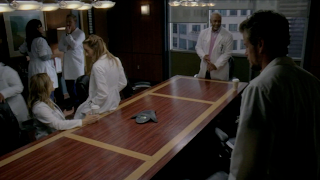 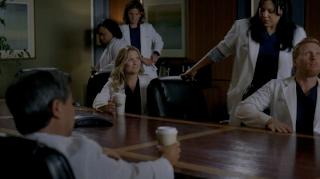 Calzona sitting next to each other... so precious. Did anything else happen in this scene? Who cares...
*Callie was AMAZING in this episode! Messin' with people's heads and whatnot. 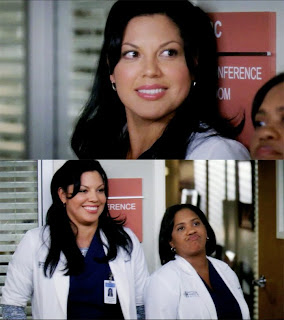 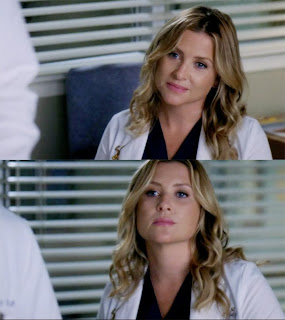 *I loved this couple. 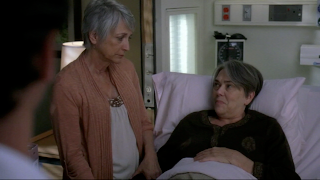 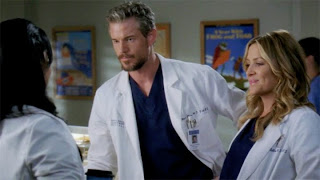 *Have I mentioned how adorable Arizona is? 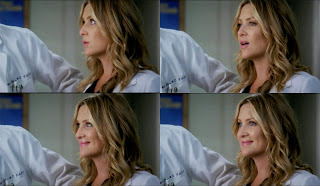 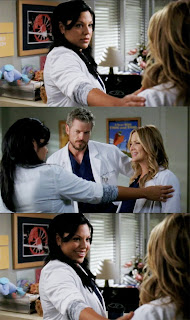 “Oh, you won’t go cry because you find the Chief intimidating?”
All kinds of mind games...
*Callie brought Arizona some tissues for her meeting with the Chief. 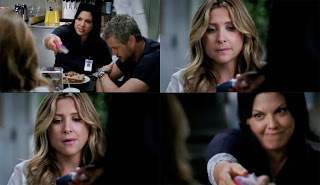 Well, Arizona is known to have moments like this when confronting authority figures: 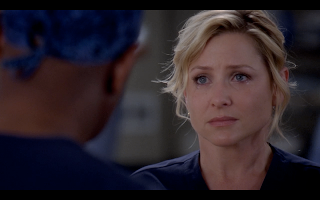 *So, we've already seen Teddy and Mark have oversharing freak-outs in their Chief meetings... Teddy pretty much compares Derek to Jim Jones and Mark talks about channeling his sexual energy into medicine.
And then there's Arizona... Everything's going well until Arizona takes the Chief's unresponsive face as disapproval. The Chief did assume she was going to cry and... 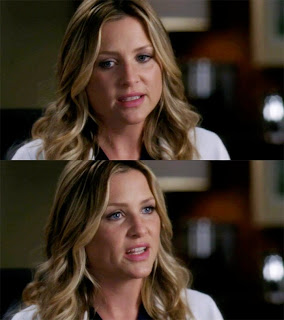 "The fact that my colleagues see me as the type of person who would burst into tears in the middle of an important, professional situation, well, that doesn’t make me weepy. That makes me mad. Like violent. Makes me want to punch someone. And, you know, I’m the daughter of a Marine, sir. So I was taught to hit, as a child. I was taught to hit fast and hit hard so you only have to hit once. Now I feel like hitting a person, or a wall. No, a person!" 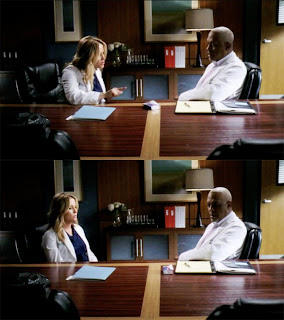 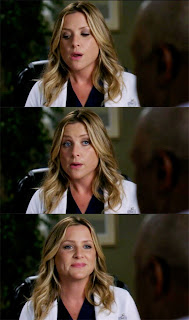 "Let’s just circle back to the sweet, little children."
*And then it's Callie's turn... 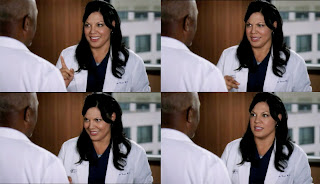 Callie: You’re thinking, “I don’t want some cow ligament in my leg. That sounds wacky!”
Chief: Was that supposed to be my voice?
Callie: No, that’s the voice of the average baby boomer. 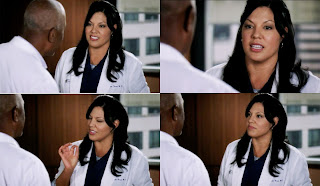 "Arizona’s nicer than I am. She’s more patient. She went to Hopkins; she’s more renowned in her field. She’s a much better lesbian. I mean, I was sort of a late bloomer in that area, but she’s got this whole circle of lesbian friends, you know? Like the subculture. And uh… I’m always just... I’m always just a little bit… left out. Just a little bit talked down to because I have a long history of enjoying sex with men, which I don’t think is something I have to apologize for. Whatever, I’m just- she’s just- she’s- she’s just better."

*Question: Who still looks oddly attractive with a scrub cap AND a surgical mask on?
Answer: 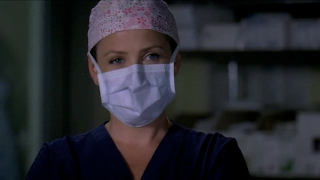 Posted by MormonLesbian at 12:22 AM

your screencap for arizona is brilliant!

thanks for sharing =)
-j

love it! just as good as watching Grey's :)
thank you for posting the dialogue from Callie/Arizona's scenes, it cracks me up every time!!

Great review! Yes I am reviewing just to feed your ego. :-D

Thank you! Thank you for not being all "RAWR Callie was a complete bitch to AZ" blah blah blah... cuz while she kind of pulled off the bitch aspect in the handing of the tissues.. it was all totally warranted with the million dollar thing.

And Teddy is love. Though it may just be because I'm amused at the Teddy/Yang hilariousness in my brain.

Oh, I didn't think Callie was being a bitch at all. Sara Ramirez's smile makes up for everything. And she could have been more cutthroat but I thought it was all light-hearted and fun.