Jessica Capshaw just did an interview with Jim Halterman (read it in its entirety: here).

But here are the important parts:
*JCap's having a little baby girl!!! 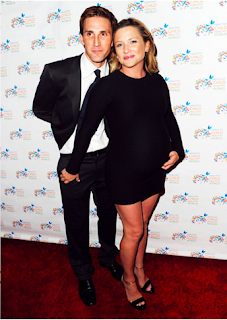 Callie and Arizona are set to hit a few road bumps, especially as Capshaw prepares to take a little maternity leave to give birth to her second child (which is a girl, she revealed during the call)
*Her Lifetime movie, One Angry Juror, is airing on November 15th. 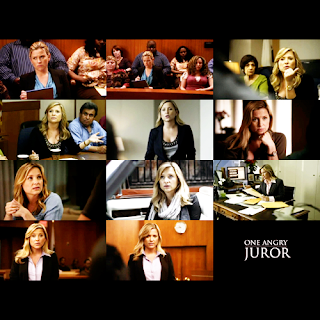 (Thank you, -thebatcave)
*She's a smartie.
Well, as we all know in physics, what heats up must cool down.
*She loves her lesbians.
There have been so many times when I was brought to tears by people’s connection and understanding of this character and the comfort and the inspiration and the solace that this character on a weekly basis has given people.
*Okay, she isn't that smart.
I have not been brave enough to watch any episodes this year because I’ve been terrified I’d be too critical for myself.
Really, yon't you know? You're gorgeous, my friend. (Seriously, honey, you look amazing...) 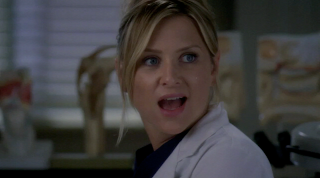 *Oh no... WHAT?
Question: Without revealing much about the storyline, do you think that the decision that Callie and Arizona makes is the right one?
JCap: I think that it’s right for them at that moment. I think that it’s the natural evolution of what and where they are headed but I think that that comes with a lot. It’s a big decision.
*Oh my gosh, I never thought about bringing Arizona's ex-girlfriends in for drama... I had only about bringing Erica back.
Listen, everyone else has been there a full seven years and at the end of this season I will be there for 2 and a half years. I keep saying ‘Everyone else has all these great ex-girlfriends and boyfriends and all this stuff. Where’s my stuff!?’
Posted by MormonLesbian at 1:30 PM

love JCap :) thanks for posting this! i was wondering when her new movie would air. her baby is gonna be adorable!!!
i think it would be awesome to see one of arizona's exes, i hope shonda rimes writes that into the storyline.

Thanks for the article link! I'm older than a lot of you reading and posting on this blog and I can't help but wonder what it would have been like to have positives lesbian role models on primetime TV when I was younger and questioning my sexual identity. I'm so glad things are changing for the better. I have a great idea who they could cast as an ex-girlfriend for Arizona just for a few eps to add some drama? Real-life BFF, Sasha! That would be so awesome!

I really want a little Maura crossover into Grey'sland. Of course, that wouldn't happen. I miss the days of random crossovers on television. Although I guess Grey's/Private Practice does that a bit... Anywho, I've always wanted Maura to show up at Seattle Grace/Mercy West. Like Hoyt kidnaps her to Seattle to lure Jane there (who knows why...), he gets injured when Jane shows up, they escort him to SGMW. And I want it to be Maura just because that's a whole different chemistry than another Sasha-role (although trust me, I'd be thrilled about Sasha being on Grey's Anatomy at all). Okay, that was long-winded and unnecessary, but oh well...

it's very possible that Sasha could guest on Grey's or JCap on R&I cause they're both on completely different networks. i think we should make an online petition.
OMG Sasha should play one of Arizona's exes!!! :D