There was a huge Facebook/Twitter/YouTube/Tumblr/etc./etc./etc. campaign to wear purple today to remember those LGBT youth that have taken their lives, specifically those that did within the past few weeks.

So, I'm going to be serious for a second. I'm gay. I've been really lucky so far in my lesbian experience, or whatever you would call it. Unlike some people I know, I didn't realize that I was gay until I got into college (which has been a blessing and a curse). I didn't have to go through years of feeling awkward while my church leaders told me about how I need to marry a nice man and have his babies. Well, I have to now, but I'm a big girl now and can deal.
Also, I'm pretty closeted in real life and have been lucky enough to have had the few people I have told to be relatively supportive.
However, I go to a school where I could get kicked out for kissing another girl. I sit in class where my peers list off the reasons why gay marriage is evil. I go to church where homosexuality is basically ignored as a topic. And if it is brought up, it's followed by a simple, "Don't do it." I have friends that think homosexuality can be solved with therapy, praying, or by marrying a good man. I belong to a church that has one of its leaders essentially state in a worldwide conference that homosexuality is a choice that a loving God wouldn't inflict us with it.

Yes, I'm gay. But I'm also Mormon. I honestly believe that being Mormon, for me, is as much of a choice as being gay is. Yes, I choose whether or not I go to church. However, even if I stopped going to church, I would still be Mormon. I was raised Mormon and those beliefs--most of which I do believe--have shaped my perspective on life, my place in the world, and everything else. And I have had, and continue to have, experiences in my life that I would not have been able to survive without the beliefs and faith I have. For me, personally, God is real.
A lot of the LGBT community doesn't like the Mormon church. Which is completely understandable. I've taken a lot of heat because I still affiliate myself with the Mormon church. Which I also find understandable. Yes, the Mormon church doesn't have the best (in fact, it's pretty crappy) stance on gay marriage. And it makes me sad and angry that LGBT youth within the Mormon church have the highest rate of suicide. However, for me, my religion really is about love. But, unfortunately, there are a lot of ignorant people that belong to my church. However, I believe most of them are not ignorant in a malicious way, but more in the "they just don't know" way.
Yes, I go to a school where I could get kicked out for kissing another girl. But at that school, I have met people, including professors, that I have come out to and have talked to in an effort to reconcile these two "conflicting" identities. I sit in class where my peers talk about how they disagree with the Church's position on Prop. 8 and how they have a brother/sister/uncle/cousin/friend/etc. who is gay, or even how they themselves are gay. I go to church where homosexuality is basically ignored as a topic because people just don't know how to talk about it. But from sitting on the inside, I can see how the Mormon church is changing from within. I know people who are out at church and are not pariahs. I have friends who are accepting of me. And I really believe most of friends that say ignorant things now would be more understanding if they knew I was a lesbian. And hopefully one day, I can work to start that change in their hearts. And yes, I belong to a church that has some of its leaders some of its leaders saying shocking and ignorant things about homosexuality. However, I also belong to a church that has some of its leaders say, "No, you can't pray away the gay. And that's okay," (so much rhyming) and talk about love, tolerance, and understanding.
I'm still reconciling my faith with my sexuality. However, my faith and relationship with God has been a comfort to me, even through coming to terms with my sexuality.

So, that's my babble for today. I hope it made sense. And that it wasn't offensive in any way, or anything like that. And I hope I didn't get too preachy. It's only my perspective. This is just how I view things. Feel free to disagree. I embrace it.
If you actually made it through the whole thing, good for you. Here's my way of saying, "Thanks!": 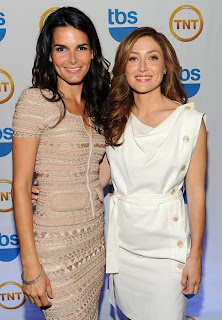 And this... This is one my favoritest favorites of Sasha ever... (Thank you, thank you, whispersunreal) 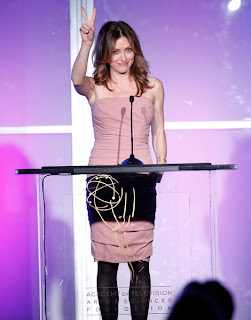 This wasn't offensive at all. I think it was very sensitive to both sides, actually. Thank you =)

You are a very good person. I am LDS.

Well, thanks. I try.

That was nice to read :3 I like when people talk about their relationship with their beliefs and being in the LGBT community(despite my own rather off-the-wall beliefs lol)

I actually like Mormon's a lot, and I'm not even sure why. Which may sound weird but it's true, I've known a few in school and they were pretty awesome. Granted I do know one who I can swear up and down is gay but because of him being Mormon I know that there's no way he'd ever admit it, which is a bit upsetting but understandable.

Wow, this was fantastic. As a fellow mormon lesbian, I've been really angry with the church since conference. But you are right, there are so many good people in the church, leaders and members. I need to concentrate on that.

Thanks for this. Thanks for being brave. You're much braver than I am.

I'm mormon. I'm proud of you for standing for yourself and what you believe. We are still ignorant to sexuality and beliefs. But the way you displayed your relationship to God and yourself on here just made me in awe of you.

There is intolerance/ignorance everywhere not just the mormon church. You see it everyday. Its painful to watch sometimes and I keep my faith in God first. Not man.

See, your comments just proves that Mormons can be awesome :)

But yeah, I may not always go to church later in life, but I really want to always have a relationship with God.

Thanks for opening a dialog about being a lesbian and "our" relationship with the Church. I agree that there are many within the Church who are accepting and loving, and in my experience that has included Bishops and other church leaders. Just depends on where you live and how you relate to others. I appreciate your blog and totally enjoy your sense of humor (Rizzles,Maurizona)and "mission!" ;)
Keep on doin' what you're doin'! You're making a difference, and that's a good thing.
Karen

Yes, it really does depend on where you are, who your leaders are, etc. I've just been fairly lucky so far. And, well, my leaders don't know...

And I'm glad you enjoy my blog!

I've been reading your blog for a couple of months and have been meaning to comment.

I'm in kinda the same position as you. I'm Seventh-Day Adventist and i'm gay.

I'm not out (cuz that would b social suicide) and I think the Mormon church and the SDAs have much the same approach when it comes to homosexuality.

As harsh as the SDA view on homosexuality is I know that most the ppl i go to church with every week are in fact very accepting and if I told them probably wouldnt be overly rude.

I am a devote believer and God has been there for me a lot when i needed Him. There is no question that I won't be letting go of my faith anytime soon but it is hard doing both.

I guess I just kinda wanted to let you know that there are other ppl out (teehee out) there in the same position.

Actually, funny thing one of my best friends is Mormon. And we always have these great talks about religion and politics. I haven't told her(and I don't plan too) but that was one of the main reason I started reading your blog.
In my head I was like "Hmmmmm...a gay Mormon? I gotta read this!" :)

Oh and thanks for all the Rizzoli & Isles pics. they are my FAVORITE :D

I think Seventh-Day Adventists and Mormons do have quite a bit in common. You guys have a health code too, right?

But this is why I love the Internet. Bringing all kinds of people together and whatnot... good stuff.

And I totally had a question for you and just forgot it... dang it.

Well, anyway... Thanks for reading my blog!

Thanks for this post. As much as I love all the beautiful screen caps I also love how the Internet can bring people together and how your words, and courage to speak them publicly may have an impact on others. You can make a difference! Thanks for sharing your thoughts with us!

Yep, we have a health code.
And my family is SUPER conservative (figures). I've been vegan since I was born. But I love cheese ::sigh::, its like my guilty pleasure.

You can actually prove the Seventh-Day Sabbath with the book of Mormon which is pretty cool.

We were totally just talking about SDAs in my religion class a couple of weeks ago and how you guys shame us at everything. Like Mormons live ten years longer than most other people (probably because of our health code), but Seventh-Day Adventists live fifteen years longer (probably because more of you actual follow all of the health code. Like most Mormons don't listen to the "very little meat" part).

Thank you for posting that. I'm in a situation very much like you, only I'm Catholic.

BAHAHAHA!!!
that's hilarious, and so true.
National Geographic made an article about the 3 groups of ppl that live the longest and it was like: crazy mountain people, crazy jungle ppl and SDAs. lol.

Dude, but y'all shame us at stuff all the time, especially in outreach.
We talk about y'all in our classes too. (thats kinda funny)
There are happy little clean cut Mormon dudes on bikes in nice white shirts and ties EVERYWHERE! :D
i kinda like them though.
cuz theyre always so nice....and smiley :)

Beautiful. I'm bi living in Provo. I was raised mormon. I can totally relate to this post. Thank you for sharing!