Dr. Arizona Robbins to the Chief:

Holy, crap! You're going to cry on me!

No, I'm trying not to, it's just that my amygdala and my lacrimal gland have a connection that I can't really control.

Maura and Arizona are sensitive gals. There has been some crying. But they really can't help it sometimes...

Maurizona Trying Not to Cry 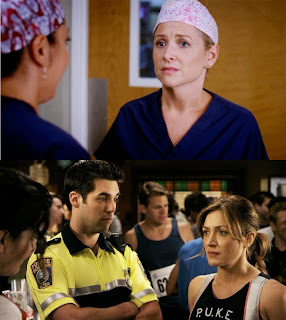 Maura just had her feelings hurt by her girlfriend and then there's Arizona and her authority issues.

Maurizona Trying Even Harder Not to Cry 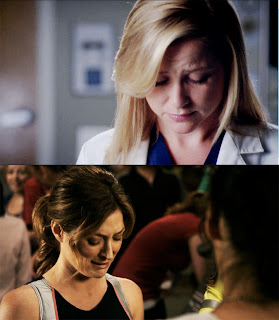 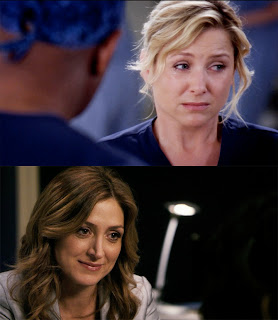 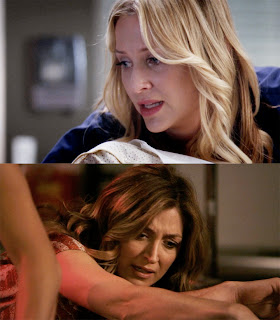 Here's your real life JCap/Sasha lovin' of the week:

(Thank you, babydykecate)
Also in real JCap/Sasha news... JCap supposedly had her baby last week (the 20th). And it's supposedly a baby girl named Eve Augusta.
And this happened: 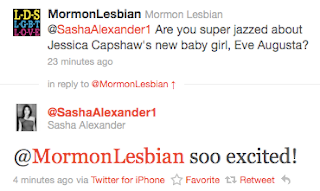 But then her "soo excited" tweet disappeared... So... Take what you want from that.
Coming Tomorrow: Girls With Guns (with Sangie, of course)
Posted by MormonLesbian at 12:53 AM

nice post, love the intro before the screencaps :)
the similarities in the last screencap are uncanny!
this is one of my favorite Maurizona post yet!!

Oh, hooray! I only have two left planned... Since there is only so much Maura to work with... Which is why I need the new season now!

Oh, this is brilliant! I'm so impressed how you can continue to find these commonalities, and the fact that Maura/SA and Arizona/JC often share similar expressions I find inordinately entertaining :-). I don't watch Grey's, but I knew about the crazed gunman in the finale - it's tough to be a doctor in TV land.

I know you're going to run out of material soon, and that will be a sad day. But time is flying, it's almost November, which means 2011 is almost upon us, which means Feb '11 is almost here, which is when SA said S2 filming will begin. So yay for that, anyway!

really love your maurizona post! wonder where you find so much of jcap and sasha pics? i want them too!

Great post! The similarities are uncanny and it makes it even better that they are such good friends.