Thanks to those that read and/or commented on my Rizzles Recap Rewind yesterday. And if you haven't read it, go do it! I'll have another one next Monday.

Last night, the new season's of House, Castle, and Chuck premiered. I'm still waiting for the episodes to be posted on Hulu.

With the new seasons starting, our favorite stars are heading to the interview couches to promote their shows.
Tonight, Tina Fey will be on Jimmy Fallon (new season of 30 Rock starts this Thursday). 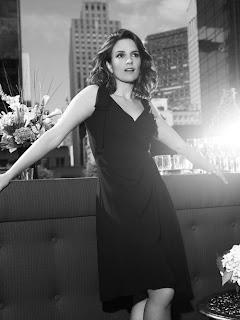 Also, Julie Bowen (along with Ty and my favorite gay couple on network television, well, maybe tied with Kevin & Scotty from Brothers & Sisters) will be on Jimmy Kimmel tonight. 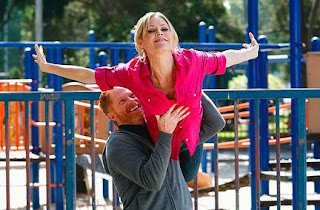 Thursday, Tina Fey will be on The View's 3000th episode celebration.
Amy Poehler (fairly freshly coming from the birth of her second son) will be on Regis & Kelly and Jimmy Fallon. 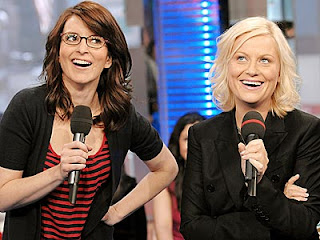 (GAH! Sorry, my source said last week that Capshaw was still slated for Kimmel. She's been replaced with... Snooki from Jersey Shore. I'll pass on that...) 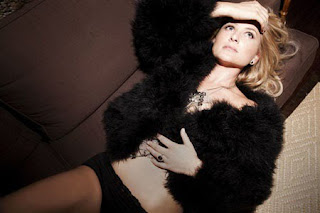 Quick Rizzles Note: The finale of Rizzoli & Isles got an 'S' for sexual situations on some TV guides. They're obviously picking up on the subtext too since there was absolutely no sex (other than gratuitous Rizzles eye sex) in the episode. 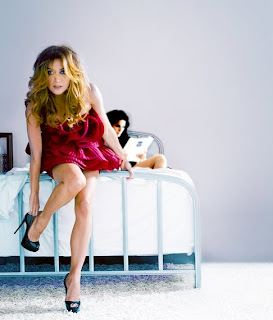 Thanks again, Bee.
Posted by MormonLesbian at 1:07 AM

Dang...they sure do look alike. Does this mean I'm going to have to add a new show to my DVR? Thanks for the caps and keeping us all informed. Yes, my TV guide got me all worried for nothing. I think someone watching the finale thought it was so violent (there was a lot of gunfire) that they threw up every letter possible for the rating system. Of course, I like your idea of that amazing eye sex!