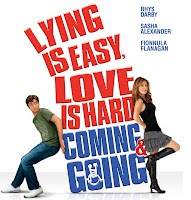 Coming & Going is Sasha Alexander's new film that will hopefully be in theaters soon. It's a romantic comedy that's directed, produced, and co-written by Sasha Alexander's husband, Edoardo Ponti. It also stars Flight of The Conchords' Rhys Darby. It looks pretty hilarious.
Essentially, Lee (Rhys Darby) has has had a crush on Alex (Sasha) for seven years (very easy to believe). Lee due to a freak accident during yoga class (he obviously watches Rizzoli & Isles and knows that she's into that) pulls a muscle in the groin area. So, craziness ensues after he's in a wheelchair and Alex almost runs him over. She believes his handicap-->more craziness ensues. And there's a sideplot that looks pretty funny of how Alex's sister, who is very pro-abstinence, ends up pregnant with a lover's child.
Here's the trailer:

Pretty fantastic, right? And Sasha is as adorable as ever. 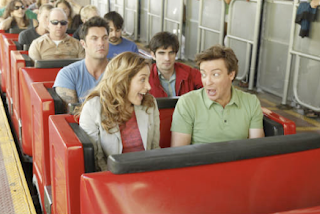 Oh yes, they pulled this move: 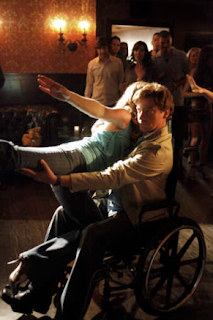 The movie has been screened at Cannes already. But as far as I know, there isn't a set release date for any country.
One final picture of a situation I would love to be in with Sasha Alexander... 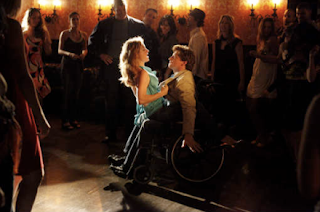 Will you want to see this if it ever comes out in theater?
Posted by MormonLesbian at 12:12 AM

I want to see the movie now! Thanks for posting the clips and information about the movie. You are great for keeping us all informed! Love me some Sasha!