Mormons Do It Better, Part I

Disregard the title, I'm just biased... :) Seriously, this was the hardest post to name. My initial idea was, "Latter-Day Lovelies," but that made me want to die a little. I even asked some friends. Their suggestions ranged from too Mormony ("Too Hot for Moroni"), to corny ("Mormon Hotties: You Know You Lust Them"), to unintentionally dirty ("A Little Taste of Mormon"), to deliberately dirty ("Pretty Mormon Beaver").

ANYWHO, there are quite a few celebrities who are/used to be Mormon. Aaron Eckhart. David Archuleta. Ricky Schroeder (who Sasha Alexander had a crush on when she was younger...). But this post isn't about them... they're boys.

So, welcome to Part One of my Hot Mormons series (which also includes, well is mostly, people who were raised Mormon but are no longer affiliated with the LDS Church).

Julianne Hough
(Dancing With the Stars)
Julianne, Derek, and their other siblings were all raised Mormon in Sandy, Utah. And all of the other facts I learned about her are probably not interesting to the rest of you... 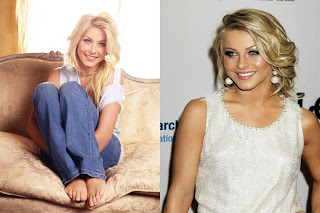 (She is very Mormon-looking... just sayin') 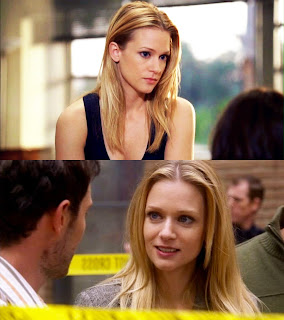 Katherine Heigl
(Grey's Anatomy)
Her family converted after her brother died in a car accident when she was younger, but she is no longer a practicing Mormon. 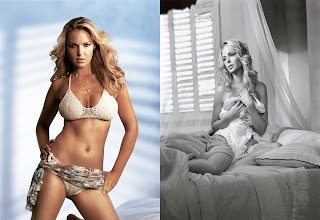 Amy Adams
(Enchanted; Julie & Julia)
Amy was raised Mormon, but her family left the Church after her parents divorced. Although she said about her Mormon upbringing, "...it instilled in me a value system I still hold true. The basic 'Do unto others...', that was what was hammered into me. And love." 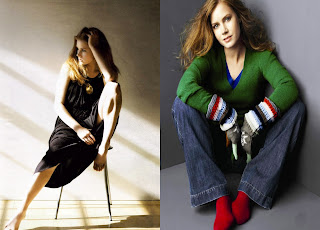 Eliza Dushku
(Buffy)
Eliza was also raised Mormon, but is no longer practicing. 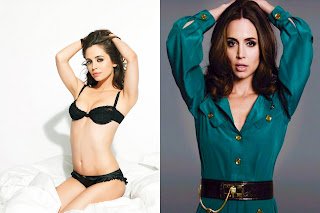 Christina Aguilera
Her parents met at BYU (holla!), but were no longer affiliated after they divorced when she was seven. 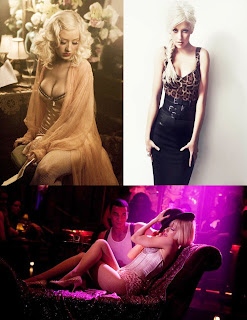 Posted by MormonLesbian at 12:53 AM

I love you for putting my title in.

You are so dirty... And I approve, haha.

part one? i didn't know this was a multiple part post, how intriguing!! :D
i only knew that AJ Cook was mormon but i had no idea that any of the others were. this post figuratively blew my mind...
oh and love the title, it's a classic :)

Do you like how I gave your title a mention? Hahah.
But yes, there were too many Mormons for just one post.
And I love you for saying, "This post figuratively blew my mind." Because did it 'literally' blow your mind? No. You're awesome.

yes the mention was pretty awesome lol
if the post "literally" blew my mind i wouldn't have been able to comment :)

Rumor has it that Shakira's parent's are still active in the church. Maybe you could look into that to find any truth...