Why Having Children Is Selfish...

...Because then you miss out on two weeks worth (at least) of making Grey's Anatomy episodes for me to watch and your character is banished to Africa. That's just rude.

*The reason I didn’t like this episode (well, I really did like the episode… but there were just parts I didn’t like) had nothing to do with Calzona. I know that they’ll be back. In two weeks. No worries, team. But the Chief. Lots of teeth grinding, fist clenching, cursing at the Chief. Why? Because he’s an obnoxious, pandering suck-up/moneywhore! I couldn’t deal with it.
And I'm really ready for my Asian to start kickin' ass again. I mean, we're both Asian and fairly dark and twisty... so of course I identify with her.
*In my head, Meredith and Cristina have to be hooking up because a lot of the subtext I use to defend Rizzles as a legit couple exists in Meredith and Cristina. And yes, I know I'm not the first person to ship these two (and really, it's only a half-hearted, selfish ship). Anywho, if they really are straight and still have sleepovers... well... damn. 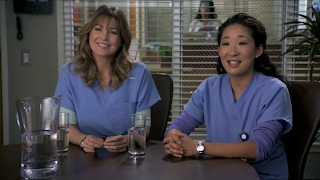 (Although in all honesty, pretty much all of the subtext between Rizzles that I cite is stuff that I do with my straight friends (really... very straight) that I have no interest in at all (really, I'd rather be with a dude than them). But whatever... This isn't Calzona, so who cares?
*I kinda wish she could have skated on her Heelies to the 911 page... 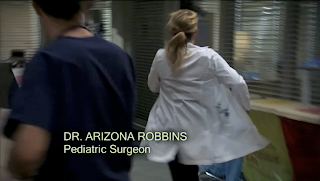 Damn baby.
*I gotta say that I love how Karev is doing Peds. And how he defended it using his mentor's own words saying, "Peds is hardcore." 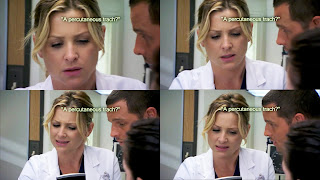 Really, I just love any excuse for more JCap screentime. Well, unless it's with the Chief... Because he makes me want to punch a tiny human.
*The McGoodHairs are talking about how they're surgery titans. Callie isn't amused. 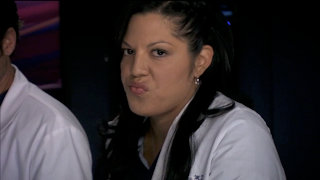 Oh, but Callie really does know how badass she is. 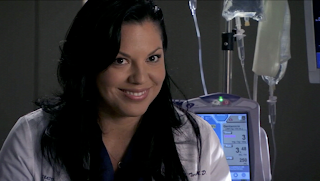 *I'll be honest, I'm a little bit in love with Mandy Moore. 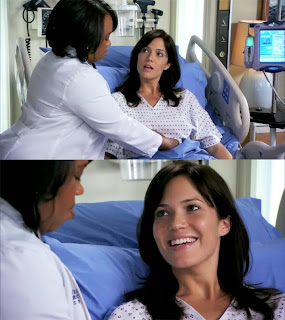 She's one of my guilty pleasure actresses. Most of her films are not so great, but I'll watch 'em and love 'em anyway. Luckily for me, she did Saved and it was hilarious, so the fact that I love her isn't that embarrassing. Don't judge me.
*

Cristina: We got this, um, new state-of-the-art lockdown system.
Meredith: To isolate different areas of the hospital, in case of an emergency.
Cristina: Yeah, 'cause supposedly, at the last emergency, there were some people wandering around. 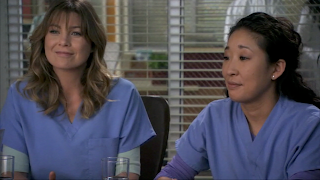 There's my sassy Asian!
*See, no one likes how annoying the Chief is when he brags about the hospital or the other doctors in order to make himself look good. 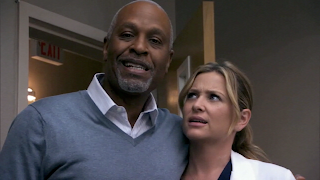 Not even Arizona Robbins.
I'm pretty sure her face is saying, "Bitch is crazy." 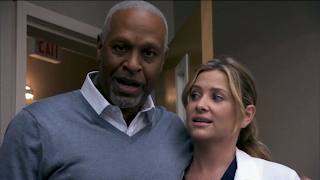 And I love how humble Arizona is. 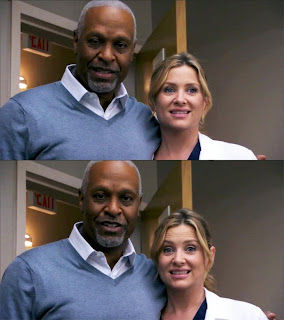 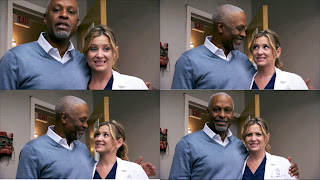 *I missed the badass and smart Arizona! 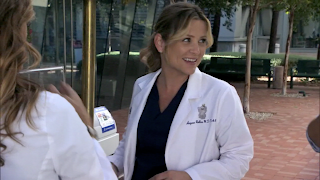 I'm glad they're reminding us that, yes, she is brilliant and amazing.
*Callie doesn't seem too thrilled about Arizona winning the grant. 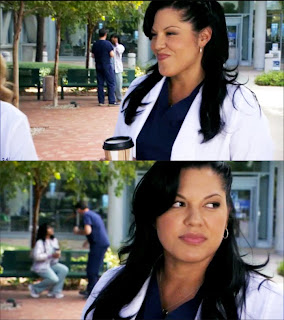 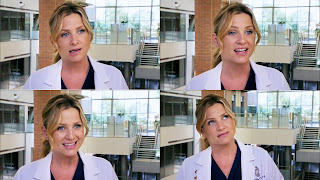 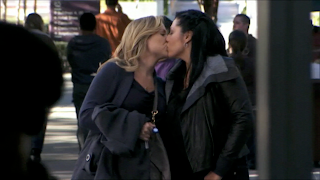 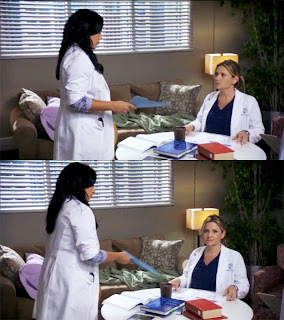 *And apparently Callie would turn down the Carter-Madison grant and the chance to help a lot of people just to stay at home with Arizona. 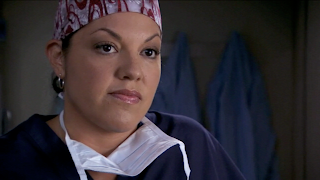 Which is both really sweet and really annoying... and a little self-righteous. Calm it down, Callie... It's only two weeks.
*Oh, girl. You are so pregnant. 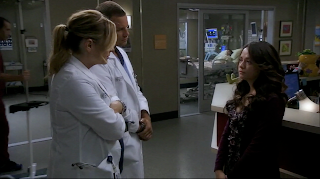 Well, were.
*Mark: You saw the way she saved that arm today. You want to hear something funny? She hooked up my TV and I'm still only getting sound out of one speaker. 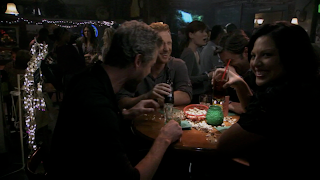 This moment was just amazing.
*I'll be honest, that hat kind of makes me want to die. But JCap is still adorable. 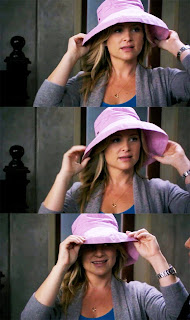 *And Callie's going with Arizona to Africa! 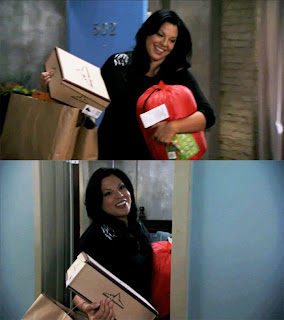 But not forever. So all the lezzies who love Grey's need to calm the eff down.


Coming Tomorrow: A new series of posts that I think is going to be AWESOME.
Posted by MormonLesbian at 1:08 AM

Ha I love your wit!

i love how there was one screencap dedicated to how pregnant JCap is :) lol
ok now i can sleep, love the post!

I just really like how they basically said, "Eff it... She's pregnant. Whatever. Let's not even try to hide it with a chart this time."

Anywho Meredith DID say to Cristina a few episodes ago that she was her soul mate. haha

"So all the lezzies who love Grey's need to calm the eff down."

Meredith and Cristina are always saying that the other is their "soul mate" or "person." Their boys come second.