11 More Signs That You Are Gay

Here are more signs that you're "gayer than the day is long." Once again, these are all drawn from my own life.

11. Clothes. I easily pass as straight. I own dresses, skirts, a few pairs of heels that are in no way sensible (but make my legs look slammin'), and more pairs of flip flops than I know what to do with (and quite a few that are sequined). That being said, I do love plaid (flannel is optional) and my Chuck's. And I own a kickin' messenger bag that I bought from the men's section. And at the mall with my friend the other day, he totally teased me because I fell in love with the new plaid flannel shirts at The Gap (they were in the men's section).

10. I wore overalls pretty much every day when I was in elementary school. I've been told that that's very lesbionic.

9. My brother and I watched Xena together when we were younger. For the same reason. 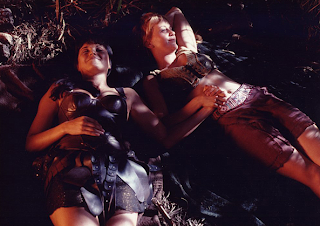 Well, maybe neither of us were watching for the lesbian subtext (I was too young to appreciate that art), but we both definitely watched for Lucy Lawless. 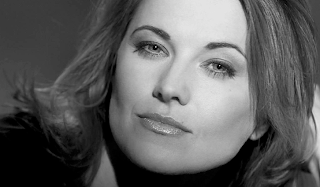 8. We definitely both watched Victoria's Secret fashion shows for the same reason... 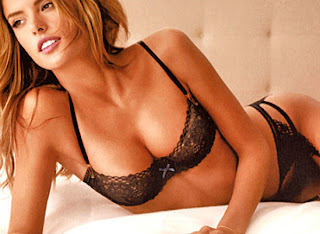 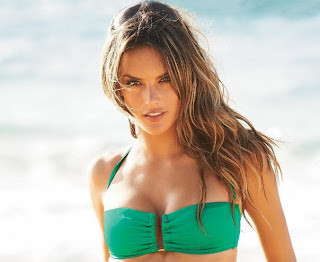 Yes, this was just an excuse to post pictures of Alessandra Ambrosio.

7. In high school, I told everyone how girls are more attractive than guys. Like how if you look around any room, there will be TONS of hot girls and maybe one attractive guy. How everyone didn't realize I was gay then...

6. At a sleepover with five gay guys, this is what I wore to bed: basketball shorts (stolen from my brother), one of my brother's T-shirts from when he was 12, and little boy briefs. Yep, very dykey.

5. Do I own Hugo Boss men's briefs? Yes. Are they my favorite? Yes. Did I buy them because of this: 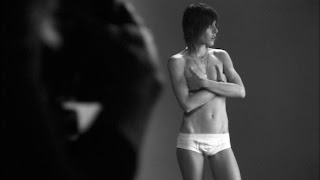 Yes. By the way, I'm in the group of lesbians that want to be Shane, not do her.
P.S. This is why I don't buy Calvin Klein briefs: 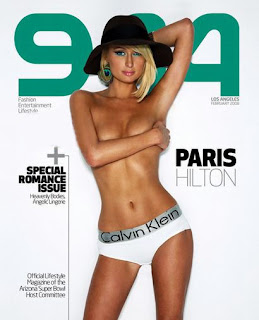 4. I've always listened to "lesbian" music (whatever that is, really), even before I knew that's what it was. 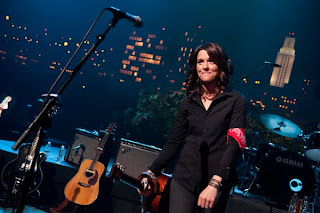 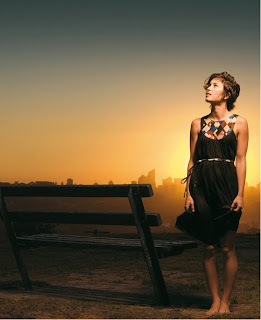 3. Did I walk into a table at the mall while staring at a perfume ad that had a hot girl in it? Yes. 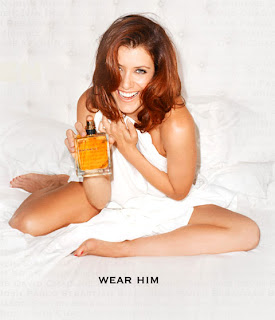 It wasn't Kate Walsh, but I don't remember what the ad was for... too distracted. But I would have stared at Kate Walsh. And just because this is hot:

2. I went to P.F. Chang's for my friend's birthday. It was me and six gay guys, which does nothing for me. Luckily, we had the hottest waitress on earth. You don't even know... Hot. Usually, I lean out of the way if a server reaches to put something/take something off of the table. I didn't with her because, well, I'm a creeper and she was slammin'. And has my friend had to hear for the past two days how hot she was? Yep. And this is the only reason why I'm writing this post. Because he told me I had to blog about how this just proves how gay I am (or that I'm really a teenage boy). P.S. I did give her an amazing tip. She wasn't the best waitress, but have I mentioned that she was really hot? 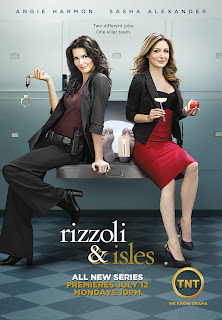 You know, because I really like the show...
(I'm pretty sure my roommate has figured out that I have a big lezzie crush on both of them. If not, she's not as smart as I thought she was.)
Posted by MormonLesbian at 1:12 AM

Those weren't 11 things that prove other's could be gay. They are totally just about you. But I love ti still.

I love how fricken gay you are. It's so amazing what people don't want to see what is soooo obvious lol

I have no idea what lesbian music is either! I do know that out of the 21+days of songs I have on iTunes there's maybe 20 songs that are sung by men...

Well, if you also watch VS shows for the hot models, run into tables while staring at hotties, or wear boys' underoos... you might be gay.

Another great post! Look at all those hott women! Now I'm curious who the musicians are? For those of you "babydykes"...and I mean that in the most loving way...ahh to be young again. Lesbian music back in the day was womyn's music before artists could risk being out and there was a whole underground subculture of music by womyn for womyn. Cris Wiliamson, Margie Adam, Meg Christian,and Holly Near would fit that group. Now, it rarely is an issue for a female...or male artist to come out. Glad times have changed but we still have farther to go. Now that I've made myself sound really old I'm off to bed. LOL! Thanks as always!

Those are Brandi Carlile and Missy Higgins. You should check them out. They're good. And I love Cris Williamson.

What can I say, I love the sound of a woman's voice :D lol

I didn't count songs that were from a musical though so... XD;

Uhm. I love your blog!

Oh, ML, I love your blog!!! It makes me giggle like a lesbian in Victoria Secret ;)

I love that I was there to witness some of these incidences! Oh, and you are such a dyke! Yay!

"It makes me giggle like a lesbian in Victoria's Secret" hahaha. I love you. And if by "shopping" you mean "scoping out hotties," then yes... we need to do that again :D