Coming Out: A Follow-Up

Quick Side Note: Sorry, Asian Anon, if I offended you with my "not being into Asians" comment. It was a joke since I'm Asian... I always make Asian jokes and I forget that not everyone finds them funny. I'll try to have more tact in the future, but I can't make any promises. But I do feel bad if I offended you. I'm a jerk.

Remember how I came out to my Psychology class? So I was thrilled to wake up Thursday morning and find an e-mail from my professor about how he thought I was brave and how he hoped I didn't feel awkward or uncomfortable in class. Yay! Then he asked me some questions, which I was so excited to answer.

Then he referred me to Evergreen.
Evergreen's Website: "Evergreen is a nonprofit organization that helps people who want to diminish same-sex attractions and overcome homosexual behavior."

Then he recommended a book to me that his friend wrote... Let me just tell you the title of the book: Encouraging Heterosexuality.
Here's the review of the book that he sent along with it: Book Review.
It was one of the most offensive things I've read in awhile.

No, not all Mormons think this way about homosexuality.

So, I sat for hours. Thinking. Thinking about how to respond to him tactfully. Really, I was just sitting for hours so I could calm down.
I finally wrote out an email that I feel was tactful, but still said, "I didn't choose this, you butt!" I even censored myself right there. And then I said some things to make sure I didn't get an awkward meeting with the Honor Code that ends with me looking for a new school. Although they really can't kick me out since I'm as celibate as celery. It really basically just said that I didn't choose to be gay.

He responded. When the email began with, "For the most part I agree with you," I knew some bad things were comin'. There were some things about how being gay " can have serious moral consequences." He does agree that I didn't sit down one day and decide to be gay, but that genes associated with a certain phenotype interact with environment. I totally agree with this. I, like most rational human beings (yeah, I'm not biased...), think that nature AND nurture work together. But he does think I made a "deliberate choice" in "developing homosexuality."

I've accepted that I'm gay. And you know what, women are hotter so I'm not too torn up about it anymore. But there was a time in my life when I was. I've struggled with depression for years and reconciling my sexuality was a big part of that. There was a time when I would have given anything to be straight. And this isn't uncommon. I know I'm not special. A lot of people feel this way. So, telling me I made a deliberate choice... That's offensive to me.

Him: "And, you have say on whether or not you embrace it or try to change. I think accepting it as part of who you are is important to still feeling like a daughter of God, and feeling like you are a good person. But, that doesn’t need to mean adopting it as a lifestyle, or feeling like you can’t overcome it."
I agree with him that I do have a choice about how to go from here. I can live the Mormon straight life, marry a man (*shudders*), have babies, and all that jazz. I could choose that. Personally, I don't think that would be fair to me, my husband, or my children. And that's why I wouldn't choose that. I've seen families that have had to deal with a spouse finally coming out as gay after being told by people like my professor that they need to just get married and that will "cure" them.

And then he sent me some articles from the APA about being able to "change" your sexuality. Here's where I wanted to discuss the Kinsey scale with him and what that means for "changing your sexuality."

I don't know if any of this made sense. I just kind of needed to vent. Now I don't know what to say to this man. Because, well, he kind of hurt my feelings. And I can't tear him a new one because that could have negative repercussions for me in terms of my grade and my enrollment in my school. And I don't think I'd want to because I'm trying to build bridges between the Mormon and gay community, not burn them.
By the way, this is not the attitude of all Mormons or all of my professors. I have one professor friend that I came out to awhile back that has been very supportive, supports gay rights, and has a gay son that he supports. It's just this particular man that's being... yeah...

Enough of that...
Here's some Sasha: 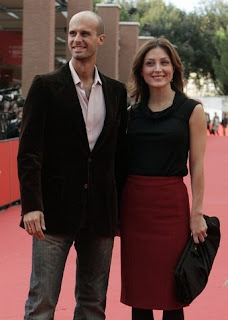 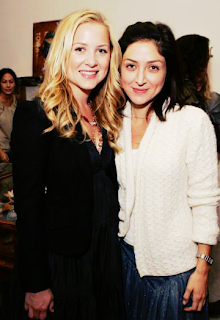 Posted by MormonLesbian at 12:12 AM

you have a lot of will power, that fact that you held together and didn't go off on him is awesome :)
in situations like this is good to talk it out and to vent. i really like your writing :) lol
if you need to vent some more i was president of my high school GSA and kind of have some insight on what you can do/say :D
love the pics at the end a GREAT way to lighten the mood :)

I thought you'd enjoy the pics. I have all these leftover JCap/Sasha pics from Maurizona and thought I'd use one.

Wow, that is...offensive. I'm amazed by your self-control! I've lost all respect for that professor just by reading it. Well done you for replying. It's very inspirational that you stand up like that, trying to explain it to him. But I doubt he will ever 'understand' I guess some people are just lost cases. Also, thanks a lot for posting another JCap/Sasha pic, I love those! :)

I really enjoy reading your blog. You post fun things to read and look at ;). But there are also serious things you share that i find really insightful. I think how you try to be yourself and reconciling that with your religion is very brave.

I love you twin.

I'm proud of you!
I dropped out of BYU . . . twice!
Went on a mission . . .
Suffered a lot of guilt and shame and confusion for years.
Went to USU . . . became a teacher, then school counselor . . .
Through it all, found many friendly folks in the Church . . . including Bishops!

"Be who you are and say what you feel because those who mind don't matter and those who matter don't mind." Dr. Seuss

Let me say it again: I am proud of you!

I'm sad that this happened to you and that the professor continues to press the issue. I still wonder if he can be reported to APA as the organization's stance is very different. You are very strong and courageous. Just be careful and don't worry about apologizing so much. Last time I looked this was YOUR blog. Thanks for all you do to entertain all of us!

Thanks, Team, for all your kind words.

My professor has good intentions and does mean well and is trying to be supportive in the way he understands. He's just a little ignorant. So, I'm at peace with it all now. But yeah, he only teaches and isn't a practitioner. And he actually sent quite a bit of info from the APA..

i'm proud of you. as a girl who has been booted from byu, i can relate to your struggles. stay brave. stay strong. stay happy*.