I would be remiss if I didn't take this Thanksgiving holiday as an opportunity to talk about what I'm grateful for. 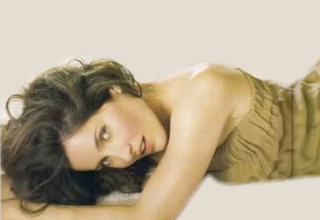 Her smile is what helped me realize that I am really, really gay... Without her, I may still be stumbling blindly through life thinking I'm straight. Which would be really sad.

*My family. I have amazing parents. Even though certain aspects of my life would be easier if I had been adopted by any of the non-Mormon couples in my adoption agency, I would never, ever trade my parents in. Yes, it's concerning that my dad finds Ellen Degeneres and every other lesbian "disgusting" and my mom hides her face whenever a same-sex couple kisses on TV, which makes life awkward for me... But I would never have made it to this point in my life without them. My mom's my best friend. I tell her everything, well, almost everything. When I'm at school, I call her pretty much every day and we talk for at least an hour.
And I have the best brother in the world. Despite the seven year age difference, we've always been really close. When we were younger, he'd always give me the bigger ice cream scoop, he never picked on me, and was just awesome. And he's still awesome. When he was in Utah a few weeks ago, he drove an hour down to where I live just to take me to dinner and hang out. See, awesome.

*My sister and my best friend. So, she isn't my real sister. But she's been my real fake sister since I was five months old. She was the first person I came out to and has been so supportive.
And my bestie was the first really Mormon person I told. And she didn't move out of our condo or think less of me in any way. We've had sixteen hilarious years of friendship and I am super grateful for her. 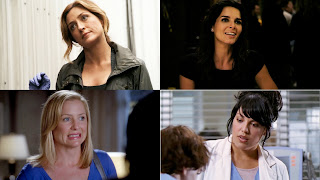 And, well, Tess Gerritsen, Janet Tamaro, Shonda Rhimes, and the rest of the writers for making Rizzles and Calzona! 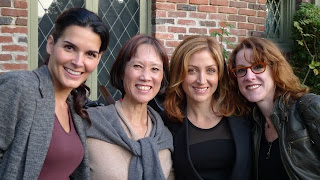 All of you have made my life better.

*My homo underground at school. Seriously, they are amazing. I mean, how else could I play "Five Gay Guys and a Dyke"? But really, I'm most grateful for my gay husband. Without him, I wouldn't have met those other fabulous people that make life at BYU bearable. Plus, he's amazing, caring, hilarious, and without him I wouldn't have anyone to make dirty jokes with. Our sexless marriage means so much to me :) (Look, I gave you more than just a vague mention! Feel special!)

*This blog. I don't know if you all know the story of how this blog came to be. Literally the day after I came out to my sister this summer, I went home and started this blog. I had one post where I talked about my feelings about coming out. And my very apropos horoscope for the day, which told me that I was embarking on a great adventure that day... Horoscopes are sometimes very accurate.
So, a couple of months later, I deleted that post and started the blog that exists today. I wanted it to be a blog that I wanted to read: a blog filled with hotties. Somehow "hotties" became Rizzles and Calzona. 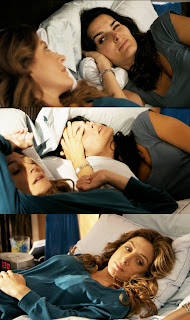 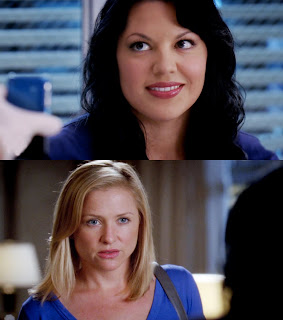 (There was supposed to be some Calzona bed action in this too, but I deleted the wrong file and was left with this...)
Anywho, I really meant to have more diversity in my blog... but I don't hear you guys complaining... It's just been nice to have an excuse to search for pictures of hot women. And have a place where I can get serious as well and complain to strangers about my life.

*But this blog would be nothing without you guys. I've been astounded at how much support I have received from everyone. The encouragement I got before and after I came out to my class... Each and every one of you are AMAZING. Honestly, this blog and you awesome human being people have helped me, and continue to help me, be at peace with who I am.
These past few months I've been happier than I ever have in my whole life. Every morning, I'm excited for each new day. I used to be all kinds of dark and twisty like Meredith/Cristina (well, I still am a little) and the people in my life have noticed how I'm happier now. Which really makes me want to tell them it's because I'm gay--in both meanings of the word--and okay (yes, I did that just to rhyme... don't judge me).
I wish I could thank each of you personally. You all really have made my life better :D 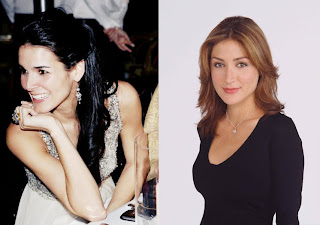 Posted by MormonLesbian at 12:33 AM

Thanks for the mention! I love having you as my wife in our sexless marriage (really, it's the best gift we could give each other, lol!). Love you forever and always! Your beautiful and amazing and I'm so grateful that you're in my life! It's because of this blog that I met you :) Best idea *ever*

Of course, dear. And seriously... I forgot that no blog meant no you. What would I be doing with my life? Sitting at home, NOT drooling over hot waitresses...

I so love this post. And that's apart from the Angie/Sasha/Rizzles stuff (because OMG hotness).

But I just love how you've come so far and you're happy and yay being so close to your family (I am too).

i don't know why but i just love the fact that because of Rachel Shelley you realized you were gay lol
i really like this post because now if anyone asks me what i'm thankful for i'll say i'm thankful for Rizzles and Calzona! :D
by the way you're really good at thank you's :)

Rachel Shelley is the level of hotness it took for my gayness to finally sink in... And I didn't mean that to sound dirty..

You're amazing and awesome as well :3

I mean how can you not be when you post amaaaazingly hot women? lol ... .yeah

I lurve me some warm fuzzy posts lol *totally weird, I know*

What's also weird is my word verification word... it's like coffee and "ewe" put together...

your blog is awesome and i'm thankful for it. and all the hotties out there of course, particularly jcap, sasha and sara =P

on a side note, i do feel alot better after embracing my sexuality.

awesome post as usual. I'm thankful for you starting this blog! I love it, and I read it every day. I have no idea how I found it, can't remember, but it's awesome. You keep me entertained, you post hot pics and you're obsessed with Rizzles and Calzona just as badly as me :) And it's awesome that you share so much personal stuff with us, happy Thanksgiving. Have an awesome day :)

Thanks, Team! Thanks for reading!

Thank you for all you do...the pics...the commentary...the notice about shows to watch...your insights...your courage. I hope everyone had a great Thanksgiving. I'm thankful I found this blog!

i'm a lurker but i check out your blog pretty much daily. it's introspective, thoughtful, funny and hot all at the same time. and i never ever ever get tired of all the jane/maura sasha/angie pix. :) thank you :)