All I Want For Christmas Is...

So, I know not everyone celebrates Christmas. But I do. Although I am the biggest Scrooge in the world... I tell small children that Santa isn't real, shoot at carolers, and think that Santa is a child molester. Okay, none of that is true (well, except for the last one... I know you've all already heard the jokes... "He sees you when you're sleeping"? And he's "gonna find out who's naughty or nice"? Shady. Not to mention the fact that "Santa" is an anagram for "Satan"). Anywho, I've been making my Christmas wishlist...

It started out being just really slammin' high heel shoes and stuff from McSweeney's. Which basically said this about me: I'm a pretentious bitch (which isn't wholly untrue).
And no, none of the shoes were cobalt blue slingbacks. 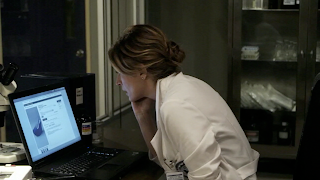 Can we reexamine this scene real quick?
Maura's looking at shoes, trying to cheer herself up. Then Jane proposes a different method... 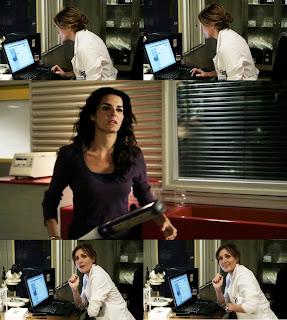 A straight girl would be more excited about looking at shoes than seeing Jane Rizzoli coming at them with a phallus-shaped object… Who are these two trying to fool?


Then my Christmas list turned practical with the addition of an external hard drive (my computer is angry at me for my excess of screencaps, other pictures, videos, music, etc.), new clothes, and the first six seasons of Grey's Anatomy. 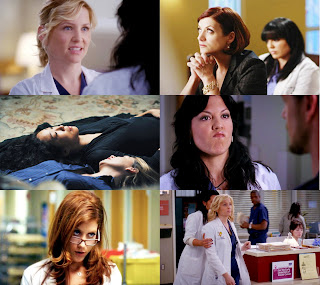 I need more of this in my life!

And then my long list of TV shows I want followed. Like...
Season Five of Criminal Minds 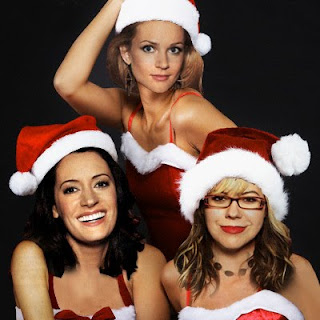 (Thanks to CMDaily for this!) 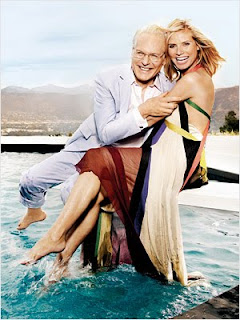 This is where my inner femme comes out. I'd be lying if I said I just watched for Heidi Klum. But, not gonna lie, Heidi does make the viewing experience better.
Unfortunately, she doesn't dress like this on the show: 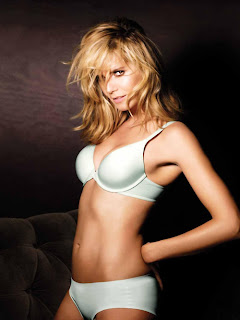 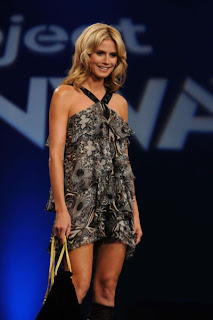 There ain't nothin' wrong with that... 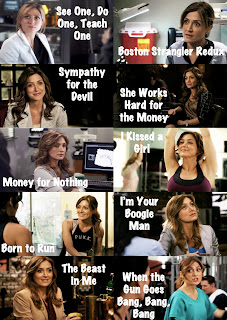 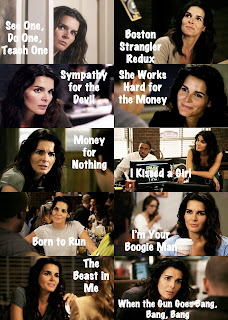 And I would say that I also want a autographed/personalized photo of Sasha but... oh yeah, totally got that last week :D (and yes, I totally peed my pants when I got it, well, not really... But my heart peed its pants)
Posted by MormonLesbian at 12:15 AM

I can burn all the R&I on DVD's for you and send them too you for Christmas. :D

Haha, thanks. And technically I could do the same. But I really just want BONUS FEATURES! :D

great wish list! lol every year mines usually season one of this, season one through five of that :)
TNT seriously needs to get their shiz together and gives us Rizzles on DVD, i mean if they air new eps of The Closer during december they should at least give us R&I for christmas, just saying
and i've been meaning to ask, how did you get the signed photo??

Yes, TNT is giving us The Closer AND Leverage. P.S. Wouldn't that be amazing if they did that with Rizzles one of these years? Rizzles + Christmas=AMAZING Seriously, I can picture it now: Jane and Maura caught under the mistletoe. But of course, they'd just look at each other and laugh since TNT doesn't love us enough for them to actually kiss.

Anywho, I just wrote into her to get the photo! With the SASE inside!

i think at some point they will play R&I during december because it's so popular, they just didn't do it this year because it was the first season
and that is so cool! (the photo)

I think he's the only person people voluntarily let break into their homes.