Nothing Like the Smell of Hand Sanitizer in the Morning...

I don’t know if it’s the writers or Sasha or both, but they always have Maura doing something with her hands. (P.S. I have some other suggestions for what those hands could be doing on-screen…)

One of the things that sometimes occupies Maura’s hands is hand sanitizer.
So, @Drumchik84 is a hilarious individual and this conversation happened on Twitter:
@TheRainbowUhaul, who is also amazing, told me how Seasons 9 & 10 of Law & Order are being released on DVD. I said that I might need to rent them to screencap some Angie.

After that, every time I mentioned writing a post, Drumchik84 asked if it was about Maura and hand sanitizer. So, I can finally say yes to that question!

Personally, I believe that Maura uses hand sanitizer before and after any… afternoon delight at work. Both for, well, obvious reasons…

I Kissed a Girl
So, in this scene, Maura is preparing for a little lovin' at work by using the hand sanitizer (conveniently located on Jane's desk for occasions like this...) 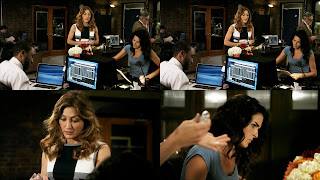 Meanwhile, Jane has been trying to figure out how to ditch her clingy beard, Jorge. Maura realizing what she just said... 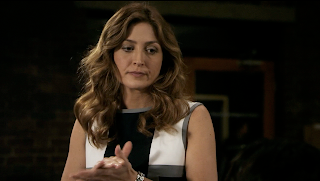 Even Jett Jackson knows that Maura shouldn't have said that... 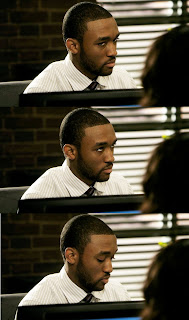 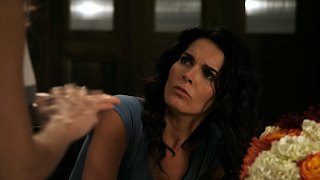 Maura: You know what, I just heard what that sounded like and that is… What I meant to say was that… Human beings have good and bad traits, you know. And you have, you know, some characteristics that are a little… not as… um… 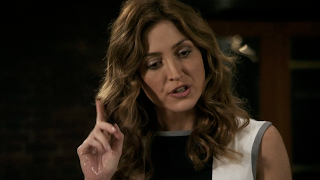 Maura: Wow, fudge clusters!
And Jane snatches the candy out of Maura’s hands. 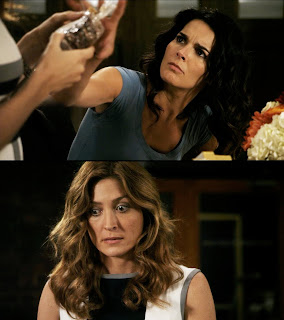 Possible symbolism for other "yummy" treats that Maura won't be getting her hands on anymore? 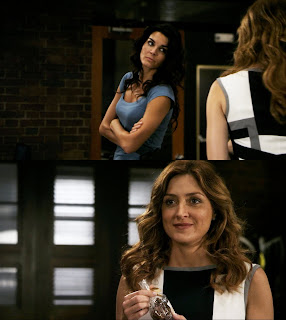 I'm Your Boogie Man
In this scene, Maura just spent the night at Jane's, but those ladies... insatiable. So, Maura's doing a little post-lovin' sanitizing. Because, you know, Maura is very wary and "doesn't cross-contaminate." 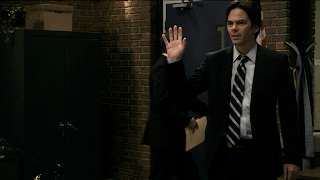 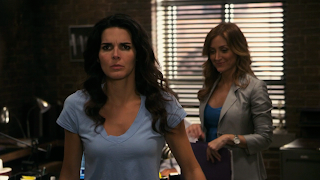 Maura's Face: Yes, I did just tap that.
(Seriously, rewatch this scene... It isn't just a lucky screencap... She stares at it. 'Cause it's a good ass!) (P.S. Note Jane's face... very grumpy to be interrupted by Dean)

Dean talks to Jane, but he is fully aware that her girlfriend is only a few feet away... 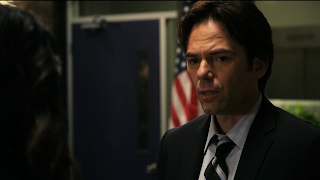 ...marking her territory and reminding him that she does, and just did, get with that. 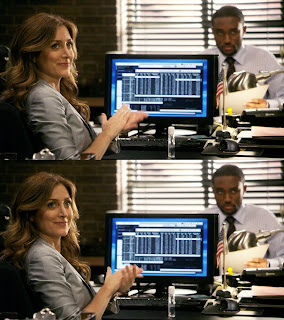 So, there really is no point in him trying. 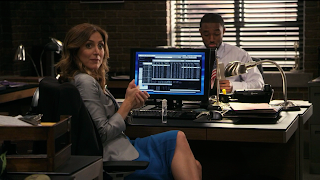 Dean and Jane run off to get some coffee... 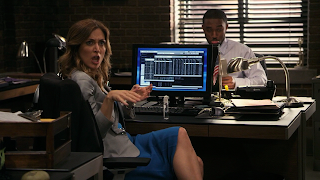 Of course Maura doesn't care if Dean takes her girlfriend out for coffee. She just gave her something that's better than coffee... and by "better than coffee," I mean 'tuna.' (Oh, you Rizzles girls know what I'm talkin' 'bout...)

Jane's Face: I thought you wanted some post-lovin' cuddling and soft kissing in the morgue. 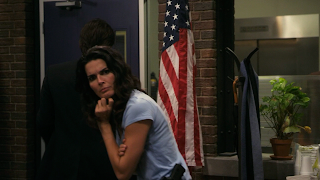 Seriously, Drumchik84, thank you so much, hon, for the brilliant idea! (You should all follow her Twitter because she's awesome like that!)
Posted by MormonLesbian at 3:47 AM

That is my most ridiculously favorite scene in 'I kissed a Girl' I don't know why but I LOVE the way Maura scrambles to fix what she said lol.

hahahaha awesome post. I can't believe I missed the ass staring scene O_o I must have been distracted looking at AH LOL

first of all, you are a genius and hilarious for coming up with a post like this! XD I had never noticed this before! The sanitizer or the staring! And I love your Rizzles love, thanks for sharing it :)

haha :) i love how you describe each scene and what their expressions mean
"reminding him that she does, and just did, get with that." <hilarious!! now i want to watch this episode again lol
i'll definitely be watching out for more hand sanitizer in season 2...

I love Maura and her hand sanitizer. LOL. And the staring at Jane's ass cap is GOLD.

I never realized that there were so many non-me people who obsess about watching hands. Thanks for making me feel normal. ;)

Hands are sexy. Well... some hands are. Some people should always wear gloves...