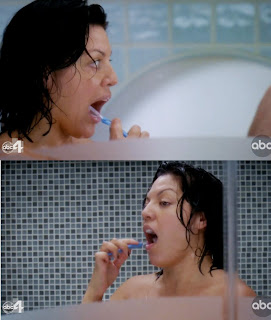 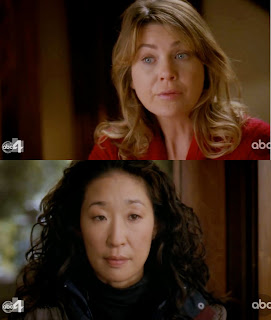 Meredith: There are no bathrooms out there, you know.
Cristina: I know.
MormonLesbian: Why are you two saying this so dramatic-like?
*I love Bossy Fishing Cristina! And it totally makes me miss fishing in Minnesota. 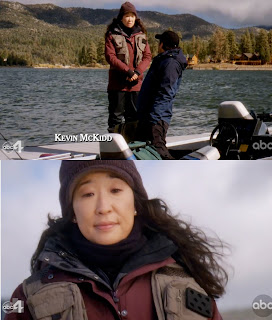 *Bailey was adorable when she was excited. And she totally twirled! 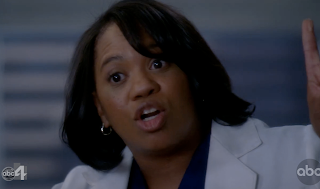 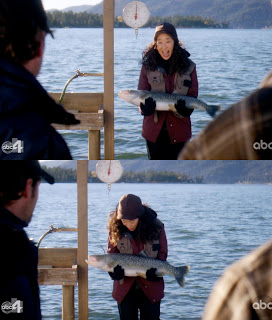 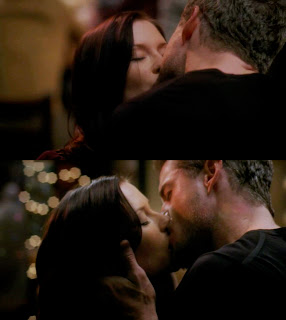 *Arizona came back for Callie!!! 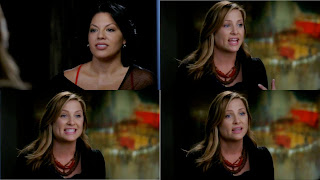 And Callie does look super pretty... 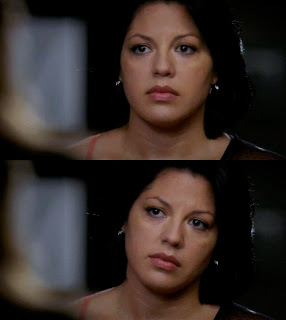 Although I should never shut the door on this face... 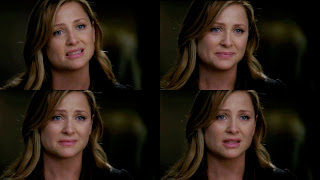 I do understand why. Yes, Callie was super whiny about moving to Africa and, if I were JCap, I would have left her behind too. But Callie was willing to move her whole life to Africa. And then she probably feels terrible for having slept with the Man Whore. 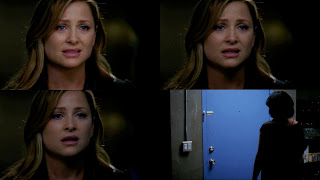 And yes, she shut the door. But who knows if she opened it back up right after...
(But JCap=Amazing actress... Her face... GAH!)
Posted by MormonLesbian at 5:08 AM

omg her face was amazing!!!
and yes i'm basically commenting for the sake of commenting :D

Gah, yes, her face. Omg I think I watched just that scene like... 6 times.

I basically tortured myself 6 times!

Wtf is wrong with me.. roflmao XD

hahah I appreciate the commenting for the sake of commenting... haha

Yeah, I've watched the ending scene quite a bit too... Why? Because it is amazing (in a *gasp* sadness! way) And JCap and Sara are beautiful people.

Thanks for blogging about my guilty pleasure. I'm pretty much the Arizona in my relationship (career issues too difficult to explain without writing a novel), so I was pretty devastated by this episode.

First, I support novel writing :)
Second, I foresee some amazing makeup lovin' in the future. Or, since it's ABC, semi-passionate kissing.