...which sounds totally creepy, but hey... I am a creeper.
Okay, I've been super busy with school and fun things; thus, I've been quite negligent of my blogging duties. HOWEVER, from now on, I'll at least post some of my unused screencaps up. Because I feel we all need a little sexy every day.

Anywho... Kate Todd! (click the screencaps for enlarged, blah, blah... do we really not know by now?)

*Some guy is a creeper and watching some woman sunbathe topless on the beach. For some reason, I would think he's less of a creeper if he were a woman... And I wanted something horrible to happen to him. Nope, he was CIA and it was some other dude that died.
*Tony eating a doughnut: Good morning, Kate.
Kate: I assume that was 'good morning'... 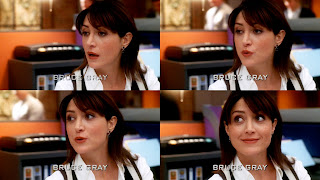 I love a girl that's sassy!

No, Tony... Kate does NOT want to eat your doughnuts. 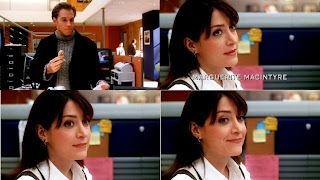 Apparently Kate's watching her figure.
I am too, but in a totally different way...

Tony takes this as a personal offense, thinking that Kate is suggesting that he's a fat kid. 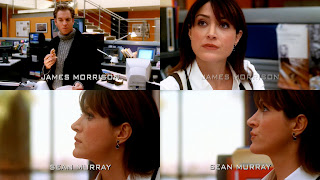 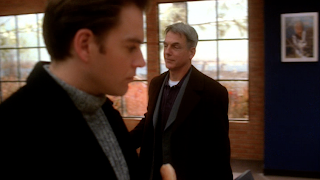 Kate: But Tony, if you're happy with the way you are, that's all that counts. 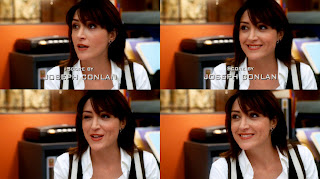 Tony pinches his stomach and tightens his belt. 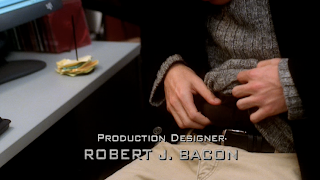 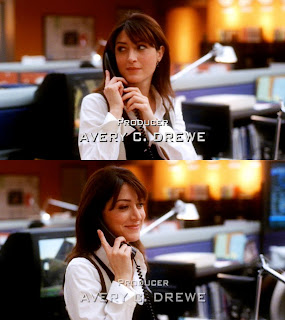 And that would be Kate's "I love the power I have over men (and women)" face.
*So, Team NCIS gets called out to the beach where the dead dude is. And Tony blocks the body with his own from the tide.
Kate: What is it?
Gibbs: Shrinkage:
Kate and Me: Hahahah! 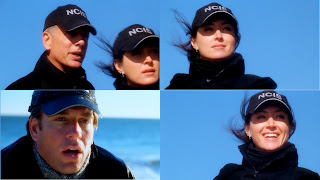 *Tony is wearing one of Ducky's jumpsuits. And the homoerotic subtext of the episode: 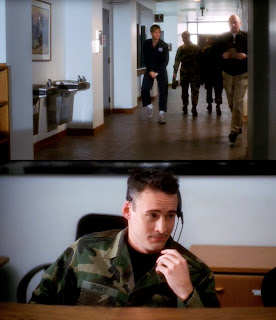 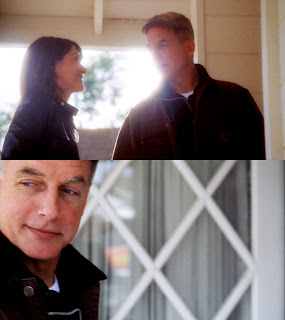 What she meant: We should have had Dinozzo handle this interview so we could get some afternoon delight. Just kidding! ...We'll do it after...
*Kate: It's a touch small. But other than that, it's fine. 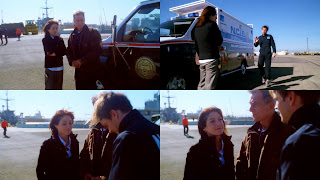 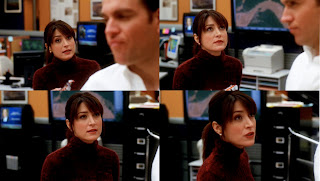 And is super sassy. 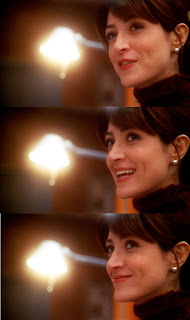 (What she couldn't identify was just an emulsifier... Which is not really bad for you. These are the awesome things you learn when your roommate is a Food Science major... Like the things I learned after the R&I "Money for Nothing" episode where dead guy couldn't digest oysters...)
*Abby asks Kate where Gibbs is... 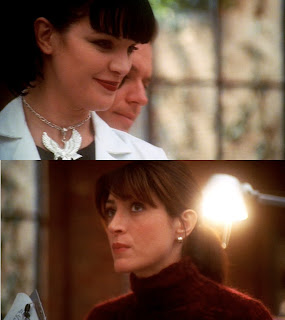 Because of course she would know.
*Kibbs stakeout? 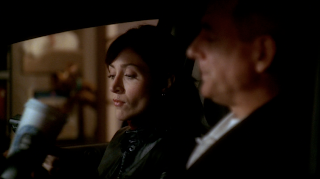 I approve. (They are on a stakeout to track down the nerdy creeper that was witnessed the murder... And by "nerdy creeper," no, I don't mean me...)
Screw Kibbs... 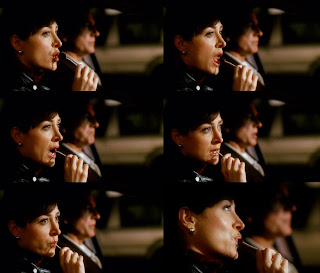 ...I ship Kate and lollipop.

Oh, wait! Kibbs is flirting... Back to them. 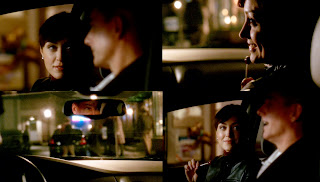 Kate: Have you ever seen Robert Redford in Three Days of the Condor? That’s a geek I could get covert with.
Gibbs: Kate (in a very warning tone), I would not get my hopes up.
Kate's Face: Jealous!
*Dang it! 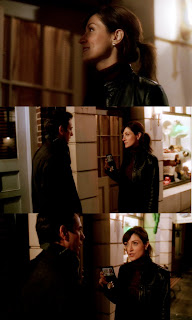 I thought Kate was going to Mata Hari the information out of him. Not that I wanted to see that... Well, I kinda did a little...
*Gibbs says he can help get the nerd off the hook if he tells NCIS what he knows
Nerd: For realz? 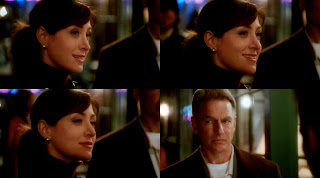 Kate: With the exception of finding a decent barber, Gibbs can do pretty much anything he says he can. (WINK)
Gibbs’ Face: You told me last night that my hair was fine.
*Nerd: She was polar tanning.
Kate explaining: Nude winter sunbathing. 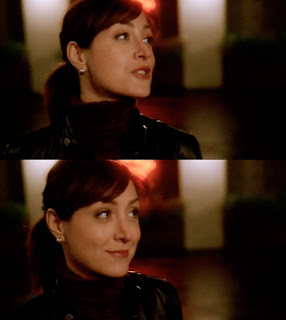 It’s hot that Kate knows about that.
*Nerd: I got a little off track with my priorities.
Gibbs: That happens with hot babes sometimes.
(Shoot, I know all about that...) 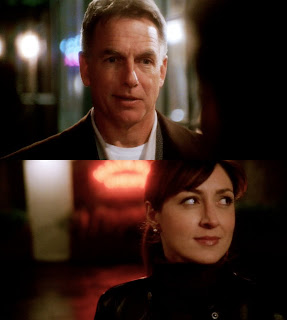 Kate's Face: I better be this 'hot babe' you're talking about...
*They need to find the topless chick. Tony volunteers.
Kate: Want me to handle it? (Wow. She must have really good boobs.) 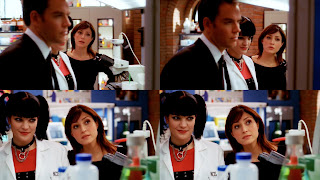 Tony gets to go because “he took a wave for the team.”
Tony notes that the woman must work out. Abby suggests the gym.
Kate: Don’t hurt yourself. There’s gonna be a lot of dangerous equipment you’re not familiar with. 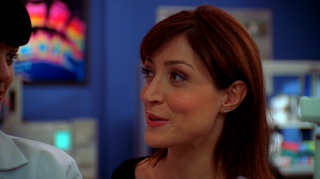 *Kate: Wait. Just because she golfs left-handed doesn’t mean she actually is left-handed. I golf left-handed. But I bat and I throw right-handed.
Tony: So you go both ways. (That's what I've been trying to say...) 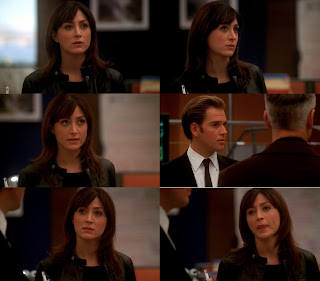 *Tony: She is driving me crazy.
Kate: She?
Tony: Apparently Miss “I Don’t Like Tan Lines” has found something she does like. Me.
Kate: And why is that a problem? Tony: Well, let’s just say that she’s a lot more appealing from a distance. A geosynchronous distance.
Kate: She didn’t look so bad to me. 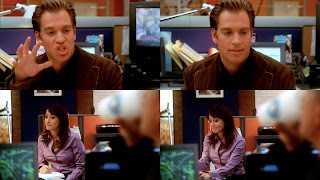 Bottom Right: I want to eat dip out of that dimple... Sans chips... Jus' sayin'...
*And I don't know what was happening here... But she was just so adorable! 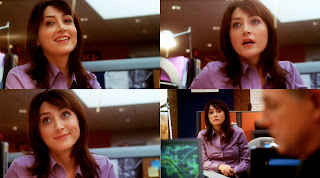 Posted by MormonLesbian at 1:18 AM

:D that's pretty much it...just :D
also i want just the bottom right pic, you know, the one with the dimples...thanks :)

Do you also want to eat dip out of it?

I love these recaps for a few reasons. First of all, I've recently started watching these episodes, so they are quite fresh in my mind. (I'm only watching it for Kate, I call it my daily Sasha-fix)
Second of all, I love how you completely disregard the plotline and just recap the awesome facial expressions and Kibbs interactions! So yeah, much love for your recaps. Keep up the good work :)

Aww, yay! And really, do we care about the episode? Didn't think so.

Yeah! More Kate Todd! I love all your comments and you have captured such great facial expressions. I like the Kibbs interaction in this episode and that line about Robert Redford and getting covert was Kate's way of letting Gibbs know she finds older men attractive. That screencap of Kate and the lollipop...smoking!!! Thanks as always.

I recently started rewatching NCIS with Kate and just stumbled across your blog. I'll certainly read your recaps after each episode now, way too much fun :)

Also, Kate and lollipop. Kind of reminded me of Badass Brigitte form Pretender ;-)

And yeah, Kate is totally bi. But who would seriously question that?