Emma Stone
Okay, as much as I love Emma Stone and Woody Harrelson... and despite the fact that Zombieland is a comedy... I don't do zombies. 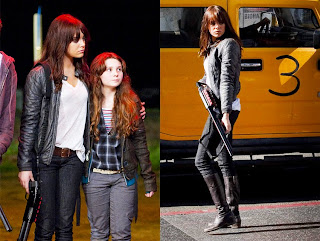 But Emma Stone is still awesome! 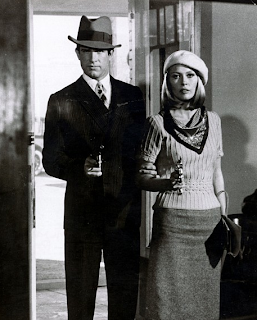 Um, Bonnie and Clyde? Amazing (Although Bonnie Parker ain't got nothin' on Diana Christensen [and if you know who I'm talking about here, we should get married...]). Love, love, LOVE Faye Dunaway. And I'm totally willing to admit that I think Warren Beatty is a sexy, sexy man. 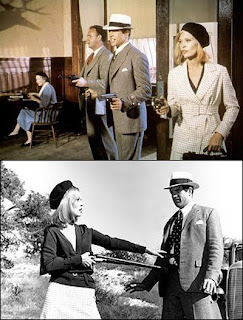 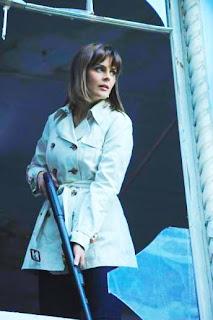 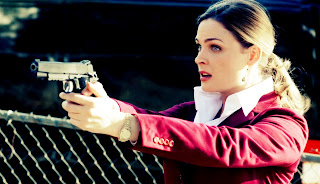 Zooey Deschanel
Yes, Zooey is adorable and she's a decent singer; however, I will never forgive her for She & Him. Only because more of She & Him means less of M. Ward doing his own stuff (which is far superior, in my opinion). 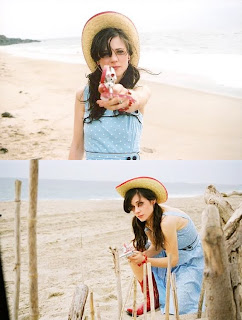 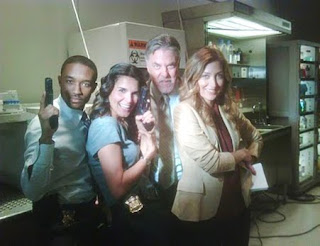 Sasha Alexander
Yes, how she is holding the gun makes me want to stab Tootsie Roll pops into my eyes, BUT... 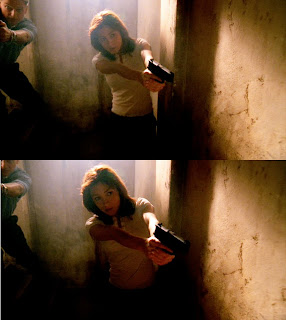 how can zombies NOT be your thing!?!
Emily is the better sister :)...you should watch bones
tootsie roll pops?? REALLY!?! lolz

Zombies are scary!
I just can't get into Bones. Despite the hottness on there. So, I just watch when exciting people guest (like JCap).
After the Tootsie Pop thing, I totally thought, "I hope Nikki laughs at this..." Because I'm a dork, haha. And I thought "Nikki" not in a creepy way, but in a "Nikki's the only person that comments" way.

i'm not the ONLY person that comments i'm just the one that comments ALL the time lol and it's not creepy, trust me it's hard for most people to stop thinking about me, it's totally normal just accept my awesomeness :)

Well, you only comment all the time because I give you sad face if you don't comment :D
And yes, I've given up trying to stop thinking about you ;) Bahahhaa!

it's probably best not to fight it ;) hahahaha :D