Elisabeth Hasselbeck recently made comments about how she actually supports gay marriage. Elisabeth Hasselbeck has a special place in my heart. She gets a lot of crap from liberal/LGBT/etc. people, most of it quite deservedly. And I can kind of relate to that feeling. Like I said in an earlier post, I used to be a Republican, and I'm still Mormon (and surprise, the LGBT community isn't the Mormon church's biggest fan, understandably). 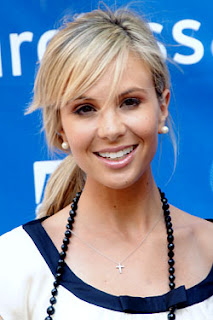 On abortion, Hasselbeck said that she "does believe that life begins at conception," but she doesn't "believe that the government should tell women what to do with their bodies" (Note: The quote isn't continuous not because I changed the meaning of Hasselbeck's in any way, but the tenses/pronouns didn't fit with my sentence). And that is why I'm an Independent. I don't believe that politics, morality, and all of that are black-and-white. Sometimes what I believe is moral or right shouldn't necessarily be forced upon others, but even more that that it isn't rationally possible to execute on a federal or state scale anyway. And now Hasselbeck is getting crap from conservative/anti-gay/etc. people (like Ann Coulter after signing up to speak at Homocon). And I know what that's like too.

But that isn't why she has a special place in my heart. That only makes me think, "Well, you're still an idiot, sorry." Elisabeth Hasselbeck's previous "claim to fame" was that she was on Survivor. She was my favorite of all time and EVERYONE knew it. My mom even thought I would want to watch The View after she joined the show. I didn't know it at the time, but I had a huge lesbian crush on her. This was during my pre-gay days where I thought, "Oh, I would like to be on Survivor to be 'best friends' with her," when I really felt, "Oh, I would like to be on Survivor to do her." 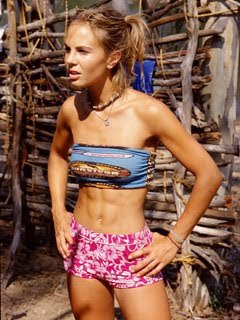 Posted by MormonLesbian at 11:20 AM