I watched The Runaways a couple weeks ago. I was sooo excited to see it because I loved The Runaways in middle school. My excitement wasn't even quashed by the casting of Dakota Fanning and Kristen Stewart. I haven't liked anything they've done since they were little. Dakota Fanning in I Am Sam (so cute) and Kristen Stewart in The Safety in Objects (if you haven't seen it, Stewart plays an androgynous girl that gets confused for a boy). 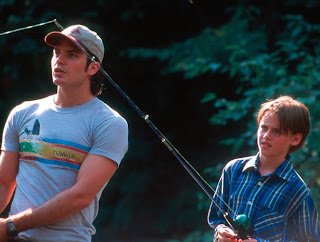 Since then, I've either been unimpressed or annoyed by their performances. Regardless, I tried to remain optimistic.
Turns out, I loved The Runaways. I even loved Dakota and Kristen. I didn't find Dakota Fanning completely believable, but Kristen Stewart... 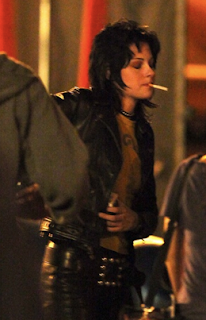 The music was fantastic. I was even impressed that Fanning and Stewart were pretty decent.
But for me, the highlight of the movie was Little Miss Sandy West (played by Stella Maeve). 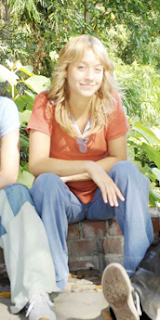 Chill, laidback, and awesome drummer that was also portrayed in the movie to be at least bisexual.
Overall, if you're a fan of The Runaways or of girls that rock, see it.
Posted by MormonLesbian at 1:00 PM

I loved the Runaways movie! Though I think Dakota Fanning is a very talented actress.