I used to be a Republican. And not just a registered to vote Republican, but an extremist. I brought the terror level up in the country because of how right-wing I was. I really don't know how much higher I could have gotten on the "Self-Loathing Scale" being a gay Mormon Republican and all. Luckily back when I was a Republican, I was in such a state of denial that I was gay that it didn't really matter.

Ann Coulter is speaking at this years Homocon. It's an annual conference for log cabin Republicans with the group GOProud. 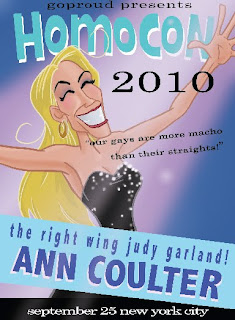 You know they're Republicans when there is a reference to Judy... They really couldn't think of a newer gay icon?

I was in love with this woman. Not her politics or her writing, but with her. Yes, she needs to eat a sandwich or two, but I really didn't care. 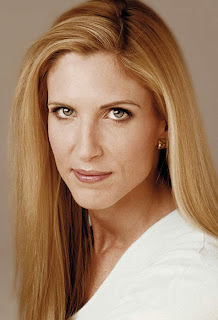 The woman I really loved though was the other blonde conservative diva, Laura Ingraham. I really should have realized I was a lesbian when I bought all of her books, not to read, but to look at her picture on the back. 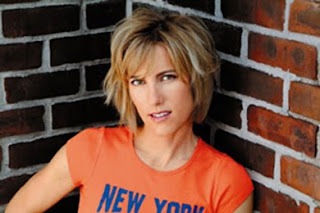 Ann Coulter always "ding-ed" on my gaydar. I have horrible gaydar so that means nothing. However, both her and Laura have been engaged several times, but none of them took. I'm not trying to imply anything but... call me.
Posted by MormonLesbian at 10:45 AM

they could both use some spankin'?

Is it wrong that I think that's really hot? haha