I don't like comics/manga/graphic novels/etc. And most people that enjoy those things (especially manga) are people that I don't get along with. Surprising, I know, as I'm a huge nerd. HOWEVER, thanks to Tegan and Sara via Twitter (twitter.com/teganandsara), I discovered Ariel Schrag (a fantastic lesbian comic-er. Sorry, I don't know the correct terminology. Nor do I know the difference between comics and graphic novels). 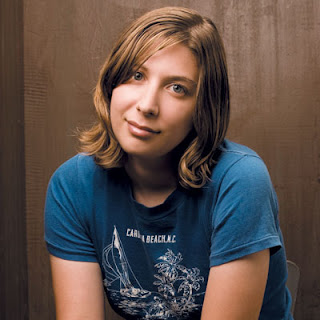 Ariel Schrag was also a writer for the L Word (I'm giving her the benefit of the doubt that she was involved in the hilarious bits of the L Word, as opposed to... you know, the parts that make you swear at your TV).
Anyways, Tegan and Sara put up a link to Ariel & Kevin Invade Everything (www.invadeeverything.com). And I enjoyed it. 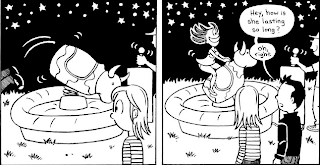 As a result, I bought her three comic books about her high school experiences (Awkward/Definition, Potential, and Likewise). Once again, enjoyment; however, not at the same level as Invade Everything. Too much dyke drama.

A friend of mine directed me to an online (once again, I don't know the correct terminology. There are drawings... and words...). It's called Menage a 3 (menagea3.net). It's updated three times a week (Tues, Thurs, and Sat) and definitely NSFW. But it's funny and I'm a little obsessed. It's really embarrassing, actually. It's about three roommates and the shenanigans they get into (with a bit of slash/femslash action).

In one of my bored wanderings of the Internet, I stumbled upon Girlfriend Comics (www.girlfriendcomics.com). Also, often NSFW. Girlfriend Comics is a lesbian comic strip, which is updated every Thursday. I think it is very hit-or-miss. Some are so true and fantastic, but some...
I guess I don't hate comics.
Posted by MormonLesbian at 1:55 PM

oh i love her stuff too! I read it in the late 90's & it was amazing! I want to see what shes doing now. Im so glad I found your blog! Jon