(In Emmys news, Jane Lynch won !!! and thanked her wife! So cute. Emmys just proved that gays run everything and, as a result, TV is awesome!)

RIZZLES: I will be recapping tomorrow's episode. But it won't be up 'til Tuesday afternoon (I need a little time to watch, analyze, and steal screencaps). I am in school so I am devoting at least some of my time to my studies (My studies outside of entertainment, lesbians, and hot women).

Twitter is a magical invention. I have a friend that says that Myspace is to stalk little teenage girls, Facebook is to stalk your friends, and Twitter is to stalk celebrities. That is all true.
Two of the celebrities I stalk are Chely Wright and Kristin Chenoweth. Both are gorgeous, brilliantly talented, and amazing women. Having been a Republican, I listened to country music a lot as a kid (I actually still listen to it). And I love musical theater. 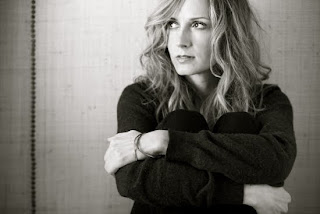 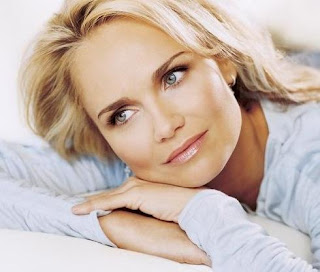 The tweets between these two are... adorable (And don't even get me started on Chely/Sarah Paulson, another woman I love). All they do is compliment each others music and memoirs. They've been doing that since Chely came out this year and Kristin voiced her support. This is a recent exchange between the two.

So precious. Although seriously, isn't the name combination thing something couples do? Brangelina, TomKat... Rizzles ;)
If Kristin Chenoweth weren't straight, I'd totally endorse them as a couple. And that's saying something because Chely Wright is my wife and she just doesn't know it. 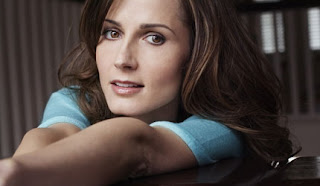 Seriously? Gorgeous.
Posted by MormonLesbian at 12:03 AM