Kate Todd and the "Enigma"

*This episode was actually chock full of delicious homoerotic subtext; however, it took a turn for the depressing/serious and I just couldn't go there... Let's just say that the first notes I made for the episode were, "Okay, the first thing said in this episode (the screen still black) is, 'On your knees.'" That was the best line I had, sooo you aren't really missing anything.
*Anywho, in this episode, Gibbs's old colonel... Colonel... is wanted by the FBI, but Gibbs, out of that Marine loyalty, wants to clear Colonel's name.

*Apparently Tony got dumped because he supposedly didn't understand that they were in an exclusive relationship. What a slut.
Kate: So, what happened?
Tony: She broke into my apartment and filled my closet with dog crap. 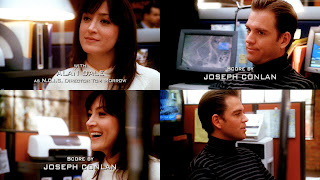 Kate: *laughs* Really? I knew there was a reason I liked her.
Tony: I still have her number. Maybe you two could get together and boil rabbits or something.
Wait... Is that a euphemism for something? ;) I KNOW! Kate Todd is straight! For Gibbs, no less!
Important Side Note: Kate Todd will shoot you if you try to pull some ish like that on her.
*Gibbs: That would be the reason for Rule #12.
Kate: Rule 12?
Gibbs: Never date a coworker. 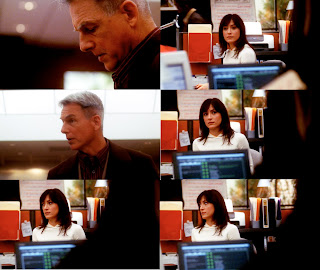 Kate's Face: Do I not understand the word 'date' or 'coworker' in this situation?

*Abby is examining some stuff about Colonel, including some security footage. And she would totally tap that. 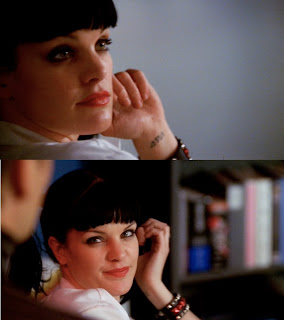 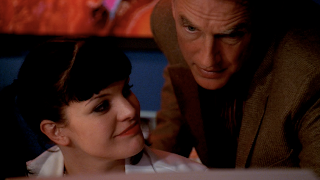 Dear Abby (hee hee),
Don't even look at him.
Love,
Kate Todd and her gun 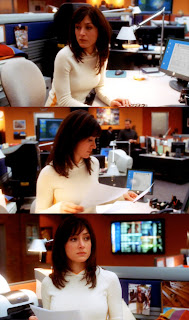 *Team NCIS ends up at Colonel's cabin. There's a dead guy and... A BOMB! 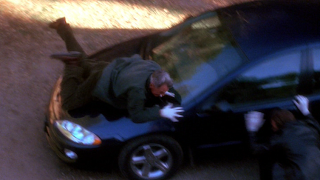 Was this stunt really necessary? I did not go: Whoa! Cool! Mark Harmon jumped on the car! I thought: Erm... I feel awkward about this... ... But that's just me... 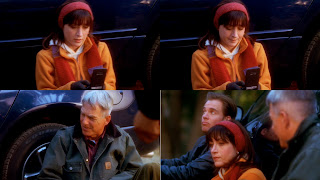 Gibbs: What do you mean 'thought'?
(Okay, this whole bit of dialogue here just made me love Kibbs that much more :D )
Kate: Do I really have to say it? 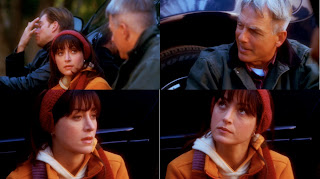 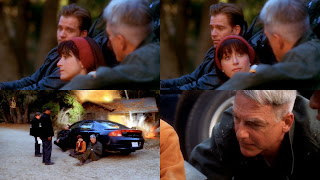 Gibbs: I'm sorry... I didn't quite catch that last part. 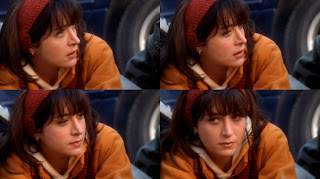 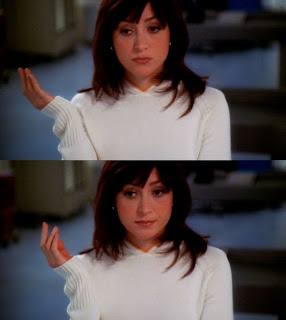 *Kate is trying to sketch the dead guy found in Colonel's Cabin (as all that is left of him is some charred remains). Tony is supposedly trying to help her... Yeah, I don't get it either...
Tony: I took an art class once. 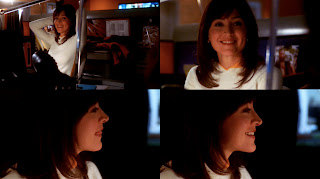 Kate: *laughs* Lemme guess, it involved nude female models.
I want to go to there...
Tony takes the pad to show off his sketching prowess (right).
Tony: So, you gonna take off your clothes, or do I just draw you like that?
MormonLesbian: *cough* 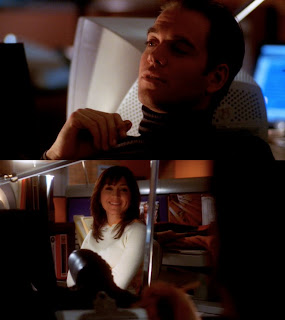 Kate's Face: In both of your dreams...

*Have I mentioned recently how attractive Kate Todd is? 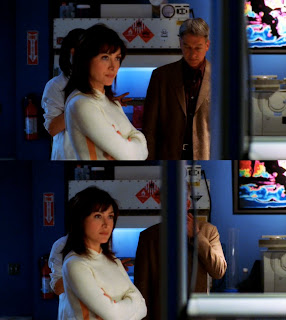 *Okay, so Gibbs is risking his career and such by trusting the Colonel and helping him. Kate/Tony don't know what to do and ask Ducky.
Ducky: You let him know he's not alone in his convictions. 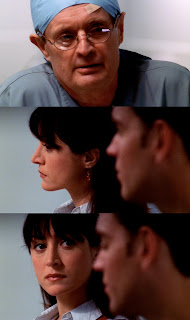 Okay, this just made me think of Korsak telling Maura that Jane just wants to know that she's got her back. 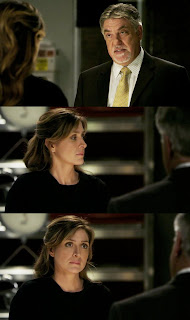 *FBI Guy: You're under arrest!
Gibbs: For what?
FBI Guy: For pissin' off the FBI. 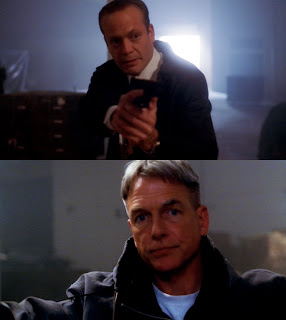 Gibbs: Get used to it.
I just thought this was hilarious.

*Soooo, this actually happened before the FBI Guy/Gibbs interaction, but I had to end with some Kate :D 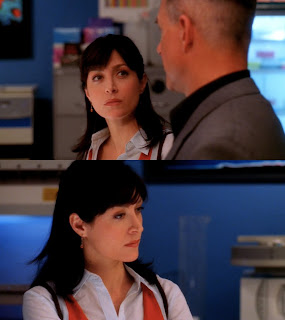 Posted by MormonLesbian at 5:46 AM

That whole orange jacket thing and the red head...thing...that's a super adorable look on her.. super d-duper.

I was going to say something else, but the pictures were distracting. xD

The more of your NCIS recaps I read, the more I believe Kibbs exists.. which is funny because originally it's not something I would have thought of. Kate telling Gibbs he needs glasses reminded me of a wife telling her husband something he's too stubborn to admit, haha. Loved it as always. :)

I totally loved the jacket/head thingy look too! I was going to comment about it, but I forgot. :D It was so adorable.

i didn't think Gibbs jumping over the car was awkward until i saw your screencap lol
love the recap, as always :D Kate Todd is amazing and you do an awesome job of capturing that amazingness and the Kibbs stuff :D

She was SO hot in this episode.

And the entire episode I'm thinking "Did Kate and Gibbs get secretly married and not tell us? Because they're totally acting as if they are"

when is the next recap coming

Blerg... Soon!!! My school schedule will be fantastic after Friday and I will be able to waste my life away watching NCIS and looking at pretty girls :D Stay tuned!

See, I kinda thought that whole car thing was supposed to be awkward. Because he doesn't do it in a cool, badass, 'look at me sliding my ass over the hood of this car' way, he just throws himself across it full throttle, and it's sort of hilarious :D And you know, Mark Harmon? I think he coulda done it cool badass if he'd wanted to.

(They're so damn married in this episode.)

I always forget how hilarious your recaps were, then I come back and kill myself laughing.