And what better way to celebrate than with some gorgey Irish/Irish-American hotties? And there is loads of music in this post too.
And yeah, I know, I missed some people. Deal with it.

First off, you better listen to this song because it took me ages to not be an idiot and figure out how to share it with y'all. I mean, really, I planned to post this in December, but... didn't happen. Also, it's really kind of funny and fantastic.
It's called "I Dig Redheads" and it's written/sung by this kid I know. He tried to date my hot redheaded friend and told my bestie, who is often confused as a redhead by blind people, that she'd "look really good as a redhead" in a creepy way. And, yes, he did marry a redhead.
Also, I had to put a pic to accompany the song to make a video, so I put a picture of Alyson Hannigan (her father is of Irish descent). 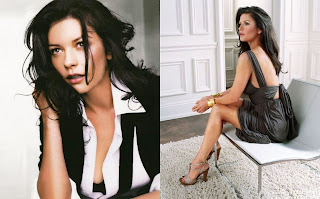 I was in love with her for the longest time. But who isn't? Even straight girls would tap that.
Example: One of my female church youth group leaders once said, "Hell, I'd do her."
Anywho, Catherine Zeta-Jones was born in Wales and her mother was an Irish seamstress. 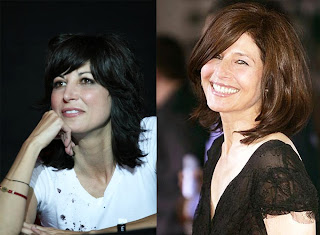 Personally, I'm Team Elizabeth. She's effing Dawn Denbo. Side Note: Does anyone else think it's kind of funny that their names are 'Elizabeth' and 'Catherine'?
The sisters' father is of Irish descent and their mom is of Lebanese descent.
Also, I have to include this because... well, look at who is in this picture AND where Elizabeth Keener's hand is. 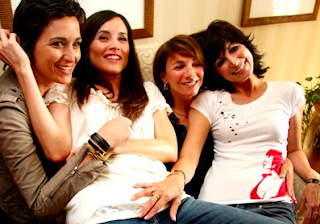 Rose Byrne
Rose Byrne is an Aussie of Irish descent. 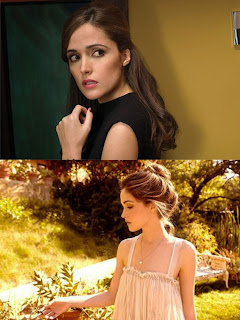 Zooey & Emily Deschanel
The Deschanel sister are of French and Irish descent.
Okay, Zooey irritates me a little because of She & Him. Yes, she's a talented musician, but She & Him means that M. Ward isn't doing his solo stuff (which, I think, kicks Zooey's face in with awesomeness). But I do like this song... mostly because my bestie used to sing it all the time.

Dana Delany
Both of Dana's parents are of Irish descent. 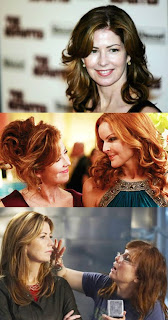 And I had to include the picture of Marcia Cross because she's a redhead (although not Irish) and I totally shipped Bree/Katherine.

Jennifer Beals
JBeals pops is African-American and her mom is Irish-American. 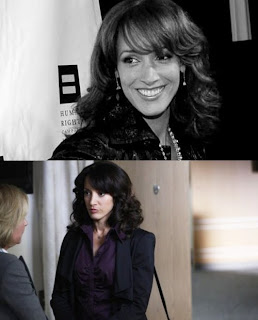 Anna Friel
Anna was born in England. Her dad is Irish Catholic and was born in Belfast and grew up in Donegal. 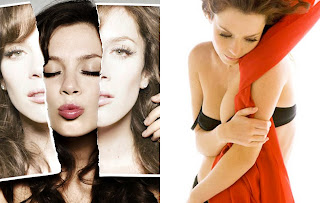 
Kate Walsh
Kate Walsh was raised in Tucson!!! And her father was born/raised in Ireland. 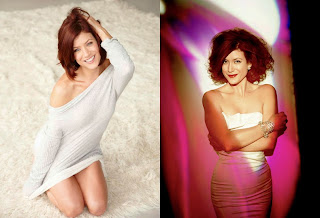 Rose McGowan
Rose was born in Italy, her mother is of French descent, and her father is of Irish descent. 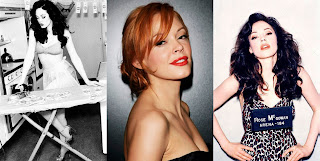 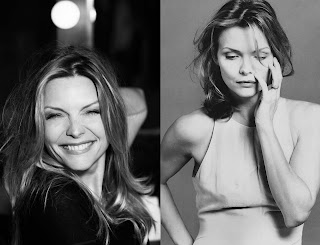 And I'm still ridiculously in love with her.

Róisín Murphy
Róisín Murphy is a kick-a singer-songwriter who was born and raised in Ireland. Anywho, we should watch Wade Robson's choreography to "Ramalama Bang Bang" from So You Think You Can Dance because it's brilliant. Related Note: I saw the most amazing cloggers dance (one of the best in America and way better than those punks on ABDC a couple years back) to this song with this choreography.

P.S. I would totally go straight for Wade Robson because he is so frakkin' brilliant.

Lauren Graham
She is of Irish descent. And she's awesome. 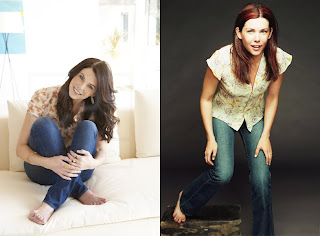 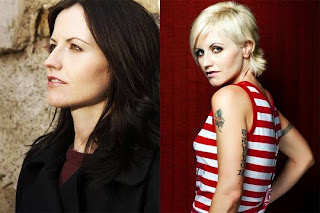 Gemma Hayes
Gemma was born and raised in Ireland. 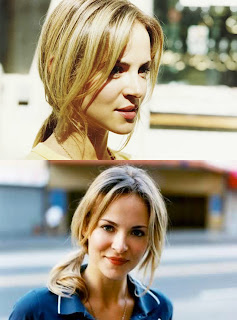 And she is so ridiculously adorable that it makes me want to die.

You may have heard her songs on Pretty Little Liars, Private Practice, Grey's Anatomy, ER, or another show.

Dropkick Murphys
Okay, yeah, they're dudes. But I love this song. They are an Irish-American band from Massachusetts.
The song is "Kiss Me, I'm Shitfaced" and it's obviously NSFW... or for small children... or for my very Mormon roommate. But I think the song is hilarious.

Anyway, have a green beer and a great day! 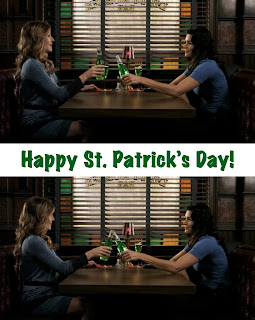 P.S. Angie has a little Irish in her too :)
Posted by MormonLesbian at 2:23 AM

Haha.. I love the Corrs. I can't watch the vids on my phone but I will later. I'm actually glad this didn't have an excessive amount of redheads in it, because quite honestly I prefer brunettes to redheads, lol. However, that being said, good God, Kate Walsh is hot. Great post as always. :) <3

WHAT?! Redheads win. Actually I have no real preference. Women are just hot :)

Enjoy your green beer and don't forget to kiss someone who is Irish today! ;)

Hey! Just wanna let you know I like ur blog. I'm mormon, I'm in a really hard position, IDK what to do...I guess u know what I mean...Hopefully we'll be able to talk.
email me!
ivtm21@gmail.com

that dropkick murphys song is awesome. i listened to it today in the bar i go to. that and sunday hardcore matinee. and a whole bunch of other songs

NICE. One of my other favorite songs by DKM is "The Dirty Glass"