I am officially done with my Spanish class! I'm now only in 2.5 classes and that means... I will be watching/recapping NCIS soon! :D (Expect one up next week)

*Some short-lived bonding between Arizona/Mark over the tiny human that has set up camp in Callie. 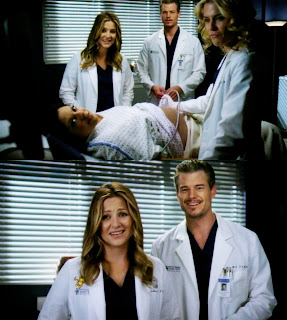 But uh-oh... Mark is saying 'no' to a little amniocentesis action... 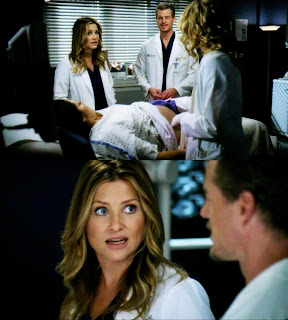 Arizona's Face: You're kidding me, right? 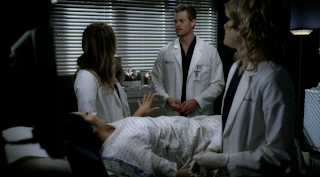 Gyno Girl: It's so nice that there are three of you. 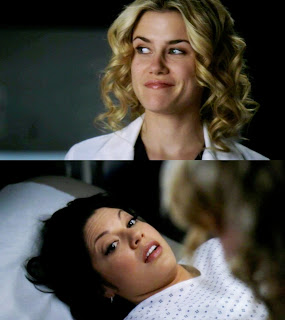 Callie's Face: Beezy, you better be kidding me. 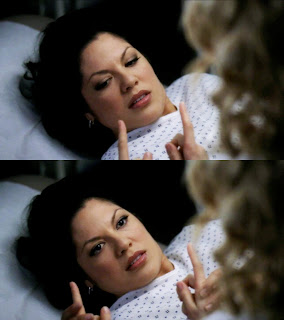 Wait... Y'all are still talking about a needle, right? Well, I guess if they were talking about something else, Calzona and Mark wouldn't be in this predicament, would they?

*Ewww. It's that annoying girl from Loving Annabelle/Related. 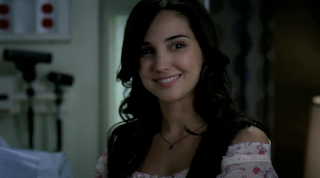 Seriously, she was the only sister I didn't find attractive on Related. 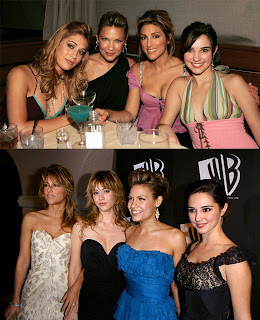 But that was partly because her character was annoying... 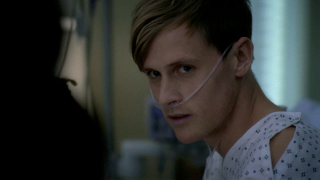 Her character was really that annoying...

*April: I already had your respect. 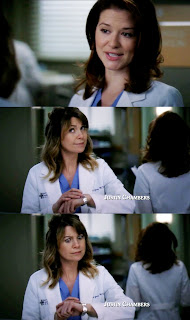 *Arizona still wants that amniocentesis.
Arizona: It's not all hugging and the Special Olympics. 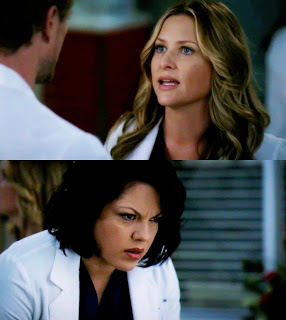 Callie's Face: Did my girlfriend seriously just say that?

Arizona's Face: I really want to hit Mark in the face with a brick... 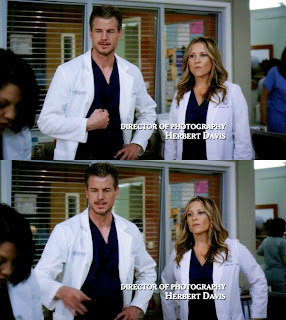 *There was a lot of creepy pining in this scene... 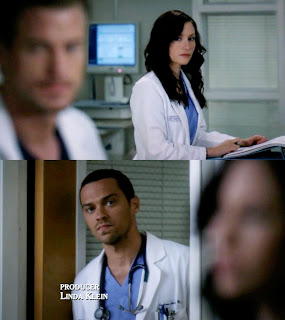 *I like how whenever Arizona has a scene with Stark, she has pretty much the same expression of "Who the eff are you?" on her face. 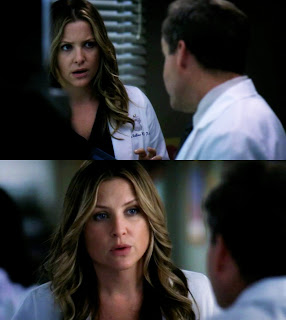 *The Biscuit: Pediatric surgeons can be heartless wretches. Some would argue that I'm case in point. 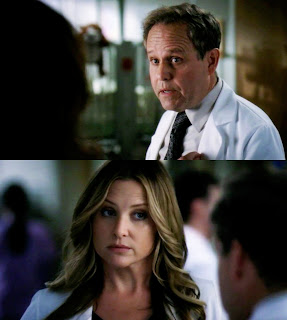 *Most attractive three-parent family ever, right? 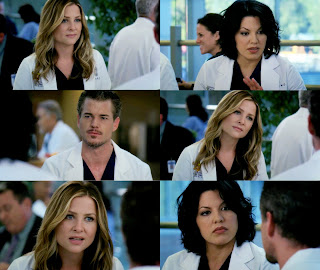 Oh, there was some drama here about them being a three-parent family...

*Because they're good boobs! 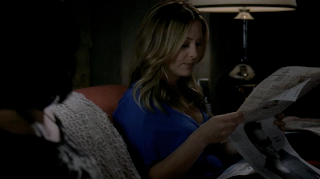 *And Arizona makes her very understandable point that this isn't exactly what she had in mind when she agreed to have kids and the situation kind of sucks for her... 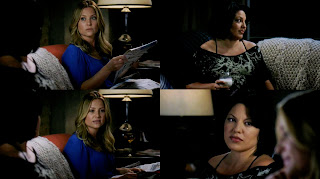 I am glad that the three of them are doing a fairly decent job of communicating with one other (yeah, I know this is a TV show and that these aren't real people...), and of course I expect this to continue to be an issue because it is a TV show. But, let's get real, Arizona... Dreams never come to fruition in the way you want and this really isn't what any of the three of you want. I don't think Callie's "bisexual dream" involved listening to the two of you argue and having you and Mark feel like the lesser partner/parent/person in this awkward family. Anywho, rant's over so do please continue... This is an important dialogue for the two of you to be having... 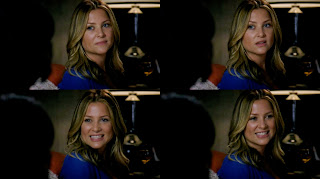 And also you're just super adorable.

*If you didn't see the whole Lexie/Jackson in the shower thing coming from the beginning of this scene, you don't watch enough TV... Or, like April Keppner, you don't listen to basic body language/facial cues...
Anywho... Karma :D 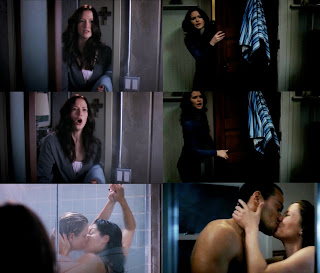 Oh dear gosh... Please don't let anyone walk in on April/Stark in the shower... Put that away.
Posted by MormonLesbian at 3:39 AM

You. Are. Awesome. As. Always.

Seriously, your recaps are totally awesome. And yes, JCap is utterly adorable.

love the recap :D i could say more but i'm saving it for when you call me!! lol and great screencaps by the way and i know i say that a lot but they were REALLY good :)