Boys On The Side

(Anyone see that movie? Boys on the Side? Whoopi is a lesbian and Mary Louise Parker has The HIV?)
Mary Louise does not look like this in it (for obvious reasons): 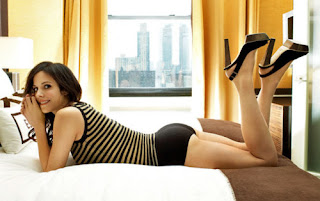 but she does the most chilling performance of Roy Orbison's "You Got It."


Christian Bale
As a Mormon, I gotta love him for Newsies (Seriously, what is it with Mormons and this movie?) As a person with eyes--him as Batman makes me question my sexuality. And The Prestige and Equilibrium are two of my favorite movies.

Hugh Jackman
Speaking of attractive men in The Prestige... Not gonna lie, amidst all the pretty ladies that are on my wall, this very beautiful man is up there with them. 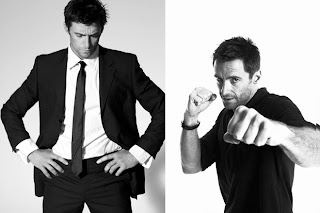 Why is Hugh Jackman so frantastic? The man can pull off playing Wolverine in the X-Men movies and Peter Allen in The Boy From Oz.
And then there was this awesome moment at the Tony's: 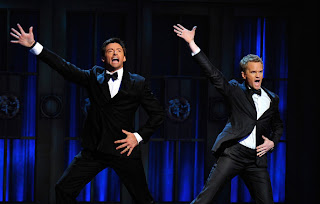 Neil Patrick Harris
Every interview I watch of his simply makes me love him more and more.
I mean, really:
Amazing. 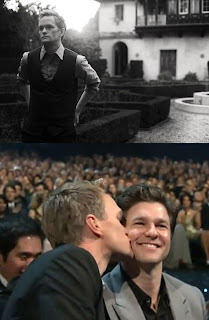 And him and David are so cute together!
Speaking of gay men I love...

Matt Long
Did anyone watch Jack & Bobby? Or was that just my mom and me... Matt Long is the guy my mom would leave my dad for. She watched Ghost Rider, The Deep End, and Sydney White just to look at him. And I don't blame her because he is quite attractive. 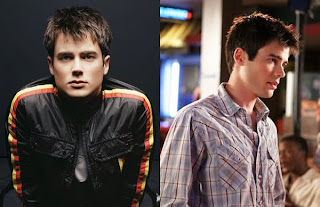 And I did love him in Jack & Bobby.


Mason Jennings
Just for his music, I would marry this man.
This isn't my favorite Mason song, but my friend Cat Solen directed the video and I like it.
Anthony Bourdain
He's dirty in so many different ways. He has done just about every drug there is. He mercilessly mocks Bobby Flay and Rachael Ray. And that's why I love him.
Me: I would let him to do terrible, terrible things to me.
Bestie: It would be horrifying... and amazing. 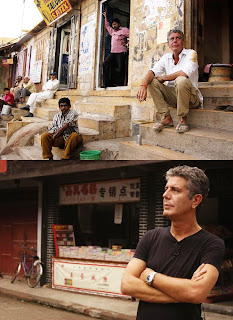 Although he doesn't do it as much for me anymore since he quit chain smoking because he had a daughter. Lame.  Although he did score points for writing in the new McSweeney's publication, Lucky Peach.


Mark Kanemura
Everything about his dancing is love.

I would become a gay man for him. 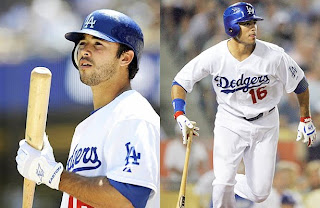 30-game hitting streak for the Dodgers this season...  'Nuff said.


David Villa
Spain has been my World Cup team since before I was born. During the 2006 World Cup, I made a paper doll of David Villa. In 2010, I went to Spain before the World Cup because of my love of La Liga (okay, not just because of that...). And yes, there was a lot of screaming happening when Spain won their first World Cup title.

And I'm currently watching the Man U-Barcelona match for dearest David because he is one of the most talented strikers out there.


Raine Maida
Despite the fact that he's a dude and he's married (which are my two big 'no's), I would run away with Raine and have his babies. Well, more of his babies. 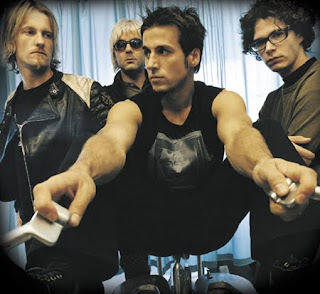 Like Mason, my love for him is mostly because of his music. But he's also not an uggo.
And I picked this song because Kate Moennig (Shane from The L Word) is in it.

Posted by MormonLesbian at 6:53 PM

After spending an extended amount of time with them I love both your husband and boyfriend... You are a lucky girl except for maybe the penis part...

I will have to watch that movie. It keeps coming up on my Netflix, but I have not watched it yet.

(The boy list just doesn't do it for me though...)

Can I just profess my undying love for you right now? I LOVE "Boys on the Side," and your list may or may not be making me reconsider some of the men on my list (e.g. How did I forget David Villa? Or Hugh Jackman? Bah!) Love you lots!

All right, I'm several days behind in commenting. I love your choices for the movie stars. The things I would do to some of them (I will spare you the details). And clear evidence of your lezness: more athletes than BYUMoho and I combined on your list. You're wonderful and can't wait to see you in less than a month! *WHEEEE!!!!*

@Kiley-I am indeed a lucky girl :D My husband and boyfriend are AMAZEBALLS.

@Boyfriend-How did you forget Hugh Jackman and his HughJ Ackman?