Remember that one time two postless weeks passed by? I won't bore you with my excuses of what I've been "busy" doing, BUT I was fairly busy.

So, my favorite scene from BSR is NOT a Rizzles scene, but it is the moment I fell truly, madly, deeply in love with Rizzoli & Isles.

Remember that one time Maura went on that date with the dude with Marfan? 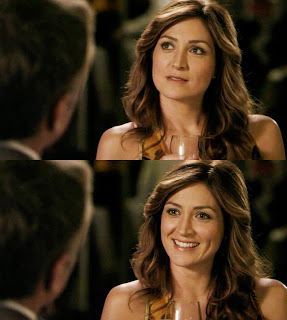 Oh! You mean the BEST.SCENE.EVER?
Why I Love the Scene: I love Marfan. That is the weirdest sentence, yes, but it's true. And yes, I'm a nerd. In my 7th grade Science class, we watched a documentary on Marfan and I just thought it was so fascinating. All I remember from the documentary was that they accused Abe Lincoln of having Marfan. They also showed some Asians who had Marfan and I shouted, "That's my cousin!" It wasn't really my cousin, but don't all Asians look alike? And then the documentary showed some weird arm flexibility things that people with Marfan can do, which I could/can also do, so then people thought I had Marfan (which I totally don't). So, that's why I love Marfan and why this scene was particularly frantastic to me.

Anywho! Maura was just being fascinating and an utter delight on her date.
Then, her date asked her if there is anything that she doesn't know. 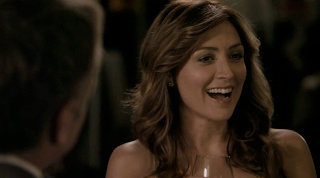 Yeah, she doesn't exactly answer that question and, instead, just spouts more crap that she does know. 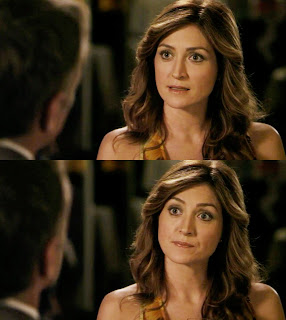 This is also what I love about this scene. This is me on a date. I am this awkward.
Example 1:
Boy: *reading the ingredient list on a food product* What is any of this stuff anyway? Soy l-l-lecithin (totally butchering the pronunciation)...?
Me: Oh, soy lecithin? It's just an emulsifier.
Boy: *blank look* What's an emulsifier?
And, like Maura, I knew that the boy really didn't care about what I was talking about so I stopped myself from explaining (it would have been a pisspoor explanation anyway)... 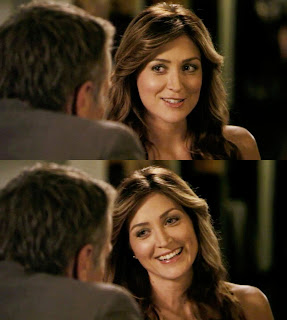 Example 2:
I have told a joke about dairy companies bragging about the omega-3 added to their "fat-free" milk and how ridiculous that is. (I know this is totally acceptable within the FDA guidelines, but I still think it's ridiculous...)
Side Note: I know what you're thinking. And no, I'm not always this boring. Just sometimes... 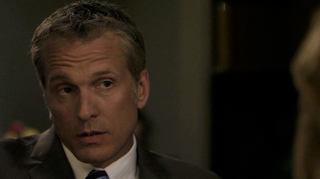 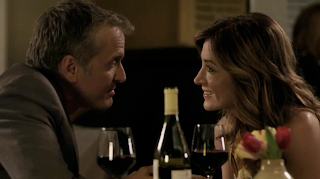 This is not them kissing, but no one wants to see that...
Moral of the Scene: Boys, don't kiss Maura or you will get Marfan (or go to jail [see Garrett Fairfield])

Maura is going on about Marfan Man's weird body issues. 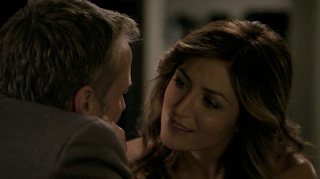 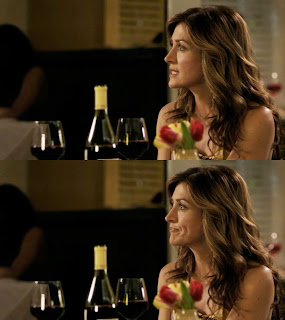 Side Note: I also shouted "Marfan!" during the episode where Burke/Cristina go on a dinner date and there is dude that has heart issues and Marfan. And even though no one was there to witness it either time, I totally did the Meredith "diagnosing the tumor" victory arms bit: 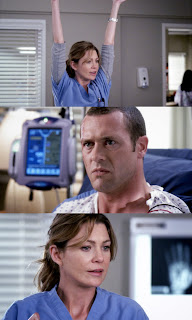 Maura: It explains the dolichostenomelia. 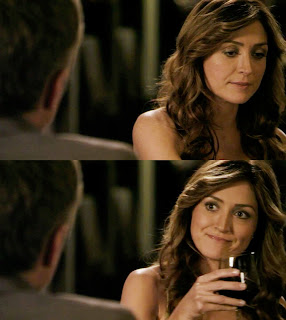 I then spelled "Dolichostenomelia" aloud because spelling that word in my 7th grade Science class got me a dollar and a few extra credit points :) (dude, I told you I was a nerd...) 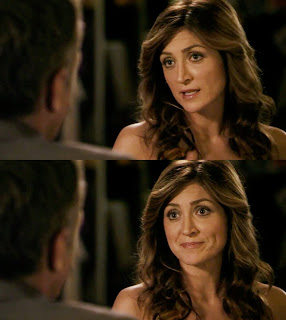 Dude: *books it out of there*
Me: Shoot, you aren't dying right now! What kind of idiot would leave a woman that looks like this: 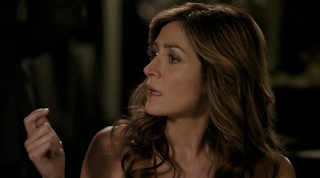 on a dinner date? I don't care if your heart is failing right then and there, you buck up and push on through!

i literally laughed throughout this whole post and you know i don't use 'literally' lightly so i really mean it :)
i loved your examples :D you're such a nerd, it's fantastic!!
if Maura had said "yeah, you're gonna die" that would have been hilarious
and the the whole "even if your heart is failing...you buck up and push through" SO funny :D
i missed your writing!
oh my favorite scene in BSR in when they're leaning over the second victim and Frankie comes up saying he wants to learn from the best and where's Korsak :D
p.s. two weeks is too long, don't let it happen again lol :)

Hey, if you're ever interested in dating a gay Mormon guy, I would appreciate your sense of humour. We're even the same age, but I unfortunately live nowhere near Utah.

@Nikki--Well, Maura kind of said, "yeah you're gonna die," in her own special way... hahhaa.
And I'm glad you liked the post/laughed. This makes me happy. And I'mma be better at posting this summer :)

@Joe--You should make me laugh right now, haha <--I'm kind of not even kidding :)

hahah i love that you got a dollar in 7th grade.

During the geography bee in 6th grade my social studies teacher gave me a giant tube of candy. she also cheated me into the finals. it was me and this dumb kid at the final 2 and i got this ridiculously hard question and then his was about michigan, and then she was all. "No, we are trying this again." & i got this question about the mojave desert.

lolol she loved me. and i won the school competition and then went to regionals. this was like at the peak of my geographical nerd-dom and i could label all the countries and their capitals on the globe.

I actually got a bit of money in my 7th/8th grade science classes. It was the same teacher and she loved me and that's back when I was actually smart, haha.

Oh my gosh, in 7th grade and as a sophomore in high school, I had to do that thing of labeling all the countries and their capitals. I don't remember any of that ish anymore though, haha.

my favorite part has to be when jane beat the crap out of brian dennehy with the bat then proceeded to flirt with maura. that scene was amazing. there's nothing like flirting with your girl after you save her. lol