Summertime and the Livin's Easy

I didn't die, but I did take a little unplanned month-long blogging hiatus.
Buuut it's summer! Well, technically it isn't really summer until Tuesday, but whatever. And summer means summer television, and we are already in the thick of it.
So, what TV shows am I/will I be watching? (Or, rather, what are the shows I am saying that I'll be watching but who knows if that will actually happen?)

So You Think You Can Dance
I have no words to describe how much I love SYTYCD. I actually fangirl over it probably as much as I do over Rizzoli & Isles. Seriously, if I get a little Wade Robson action this season, it will be the squee heard 'round the Webiverse.
I really wanted to post this really awesome video from last season of SYTYCD where Kent & Neil danced to some Travis Wall choreography about Travis's break-up with his boyfriend, BUT Fox hates the gays apparently because all of the videos are un-embeddable. So, instead I'm posting this amazingness with Katee and Joshua dancing to Mia Michaels's choreography.


Switched at Birth
Switched at Birth started on June 6 on ABC Family and is about two girls that were... well, switched at birth... I haven't actually decided if I want to watch this show because, to be honest, it looks absolutely ridiculous (I mean, it is on ABC Family...). However, it has Lea Thompson (Some Kind of Wonderful, Howard the Duck, and Back to the Future. Don't judge me for liking Howard the Duck...) in it. 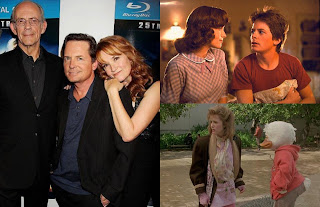 Marlee Matlin is joining the cast too.

And who doesn't love her?

Pretty Little Liars
PLL started up again last week on ABC Family. I do not watch it. I do plan on watching it some day, but... that day is not soon with all the TV in my Netflix queue that I need to catch up on. BUT, there is a lesbian on the show and she's played by the only attractive girl in the cast, which is awesome. 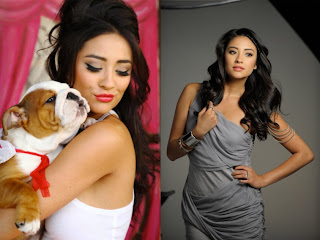 Hot in Cleveland
Season Three of Hot in Cleveland premiered last week and it was HILARIOUS as always (and my second favorite Sedaris was in the episode. Hint: It wasn't David). 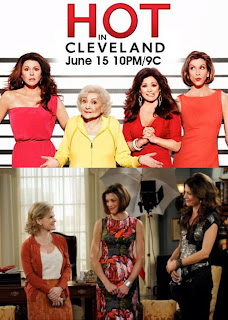 Aside from the hilarity, I think the show is just frantastic because:
1. Two Words: Betty White.
2. Valerie Bertinelli (as my mom would say and always says when her name is brought up, "What a cutie!")

3. I want to be skinny and fabulous when I'm 60 like Wendie Malick. Seriously, I want half of Victoria Chase's outfits.
4. Aaaand this just makes me happy: 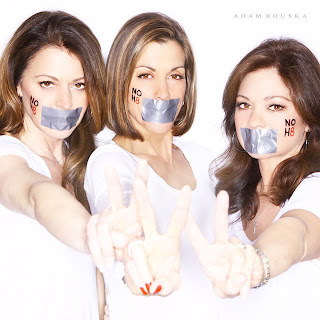 Falling Skies
Falling Skies premieres today on TNT and, not gonna lie, kinda excited for it. And less for the eye candy of Moon Bloodgood 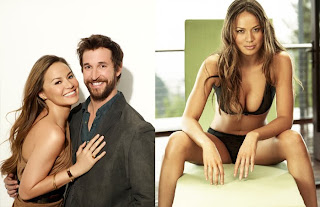 and more for the awesomeness that is Noah Wyle. Yeah, there's ER Noah Wyle, but I'm all about the Noah Wyle in that rather terrible movie Swing Kids (Christian Bale, Robert Sean Leonard, Nazis, swing dance... What could be better?) Anywho, I do have a soft spot for the kid. And I'm really interested to see if they can sustain the story line for a whole TV series...

Leverage
Leverage returns to TNT on June 26. Even though Timothy Hutton bugs, I love this show. Beth Riesgraf as Parker makes my life. 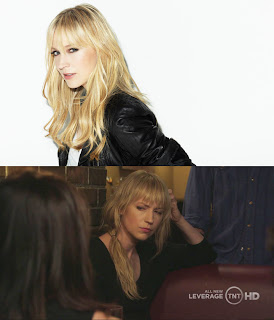 Well, moreso when she was sexually ambiguous, instead of this 'Harker' crap.
Also, Jeri Ryan/Tara Cole is returning. I'm hoping for more things like:


The Big C
I loved the pilot. It was hilarious and, come on, it's Laura Linney. 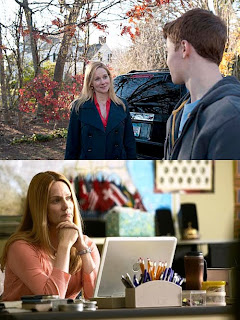 But I haven't watched the rest of the first season so it could be absolute garbage.
Even if it is, Parker Posey will be popping by this season and she's absolutely brilliant. 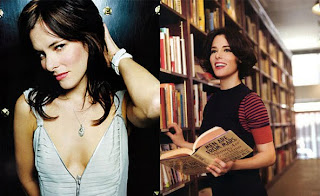 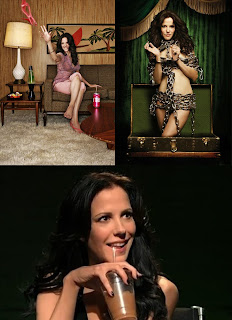 Even though none of the subsequent seasons compared to the first two in quality, I have high hopes for this season. Post-prison Nancy will be even more badass than ever (and in my head, she totally did a little girl-on-girl in prison...)

Royal Pains
Even though Jill Flint doesn't do things like this on Royal Pains: 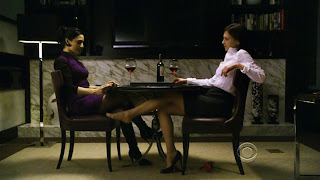 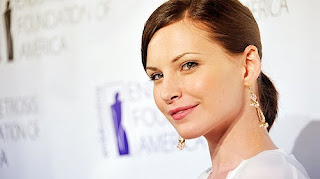 Plus, there is Divya (Reshma Shetty), who is absolutely amazing. 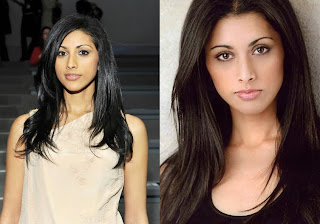 The Closer
I am so excited for July 11. Rizzoli & Isles and The Closer... What could be better? Especially since Mary "The Mary" McDonnell is now a regular AND she's getting her own spin-off, Major Crimes. 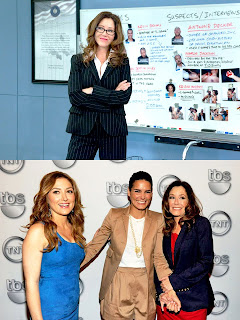 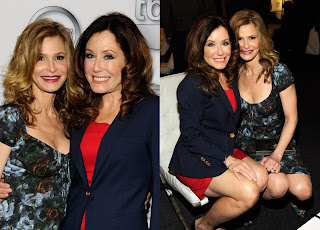 Although I'm a terrible lesbian because I don't ship that because, for me, it's still Brenda and Fritzy forever... 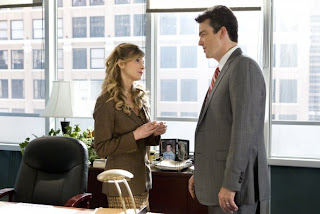 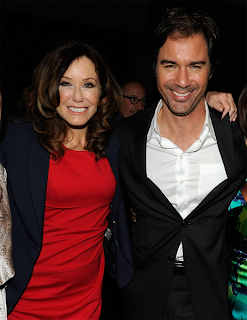 This picture is just made of squee. The Mary AND Will Truman Eric McCormack Will Truman.

Rizzoli & Isles
Even though this is my reaction to the news of all the straight lovin' that will be happening this season: 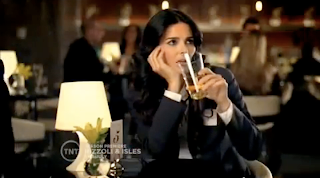 I'm still excited for R&I to be back. Why?
1. Sasha and Angie are still ridiculously attractive. 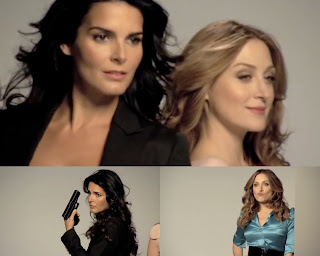 2. The subtext will never die because Sasha and Angie both have eyes that they use to look at each other. 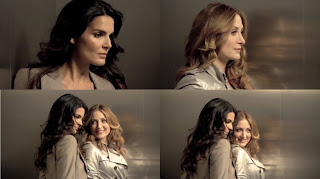 3. Did I mention Sasha and Angie? 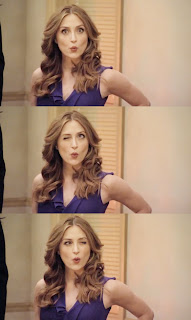 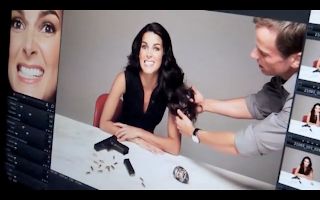 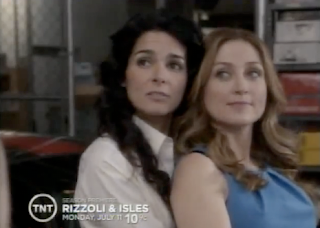 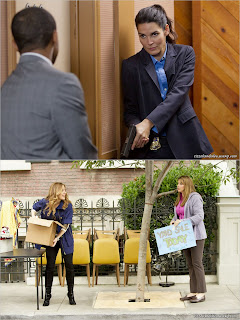 More Jane kickin' ass and wieldin' weapons and more Maura in really delicious boots (seriously, we did not get enough boot action in the first season).

Soooo, summer shows are back and so am I :D
Posted by MormonLesbian at 1:01 PM

summer tv :D and you're back!! yay!!! i'm taking time out of hanging with my family to check this, just sayin lol
EW said it best "Skip the beach-the best spot to relax this summer is on the couch with your tv" lol
you should watch Switched at Birth it is ridiculous but still kinda good :D and i watch it xD

cannot even wait for weeds season premiere! i also have high hopes for this season too!

bring on all new rizzoli recaps. it's going to be a great summer

P.S. Shay Mitchell is not the only cute on Pretty Little Liars. I watched a few episodes and moved it to the top of my Netflix queue because it's just addicting. And because the other girls are growing on me.